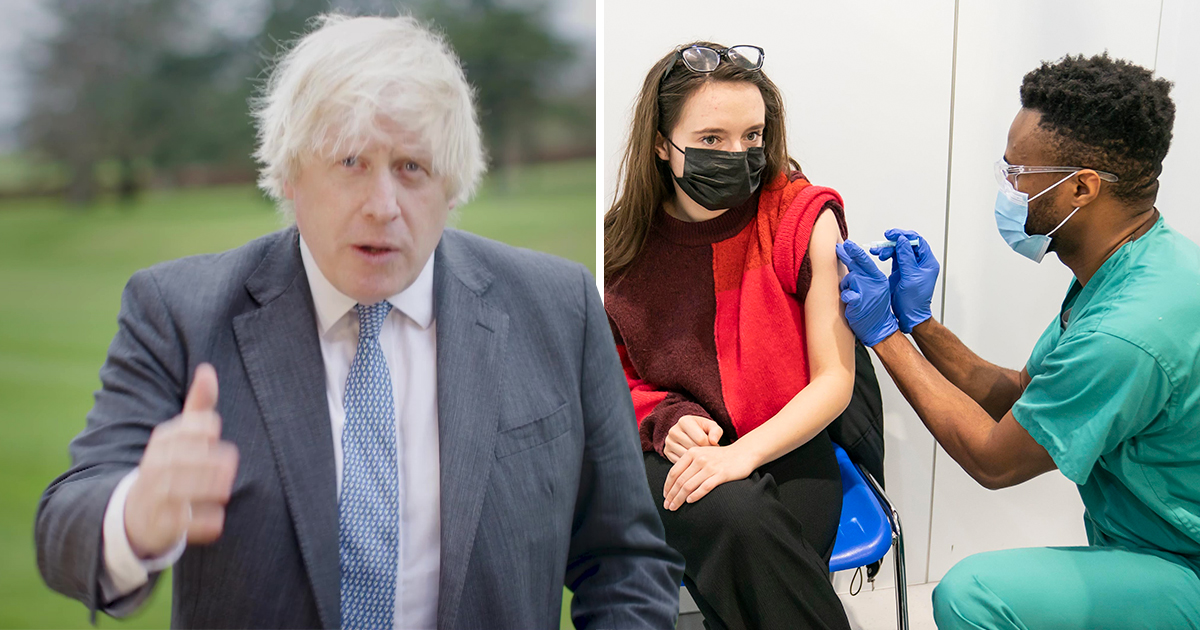 Boris Johnson has called on the five million unvaccinated to make getting the Covid jab their New Year’s resolution, saying it’s ‘far easier than losing weight or keeping a diary’.

The prime minister said the nation is in an ‘incomparably better’ position than this time last year as seven in 10 eligible adults in England receive their booster jabs.

But he warned against ‘thinking Covid can’t hurt you’, pointing to the ‘miserable, needless suffering’ of unvaccinated people in ICUs.

It comes as the Government says it has hit its goal of offering every adult a booster jab by the end of the year.

However, experts have raised concerns that up to 40% of bookings are no-shows.

An extra eight million vaccines have been delivered since the target was bought forward on December 12.

But only 63% of all adults have received a booster, as a record 189,213 daily cases are reported due to the new highly infectious Omicron variant.

In a message posted on social media, Mr Johnson reminded people celebrating New Year’s Eve to do so ‘cautiously’ amid reports of testing shortages across the country.

He said: ‘Whatever the challenges that fate continues to throw in our way and whatever the anxieties we may have about the weeks and months ahead, particularly about Omicron and the growing numbers in hospitals, we can say one thing with certainty, our position this December 31 is incomparably better than last year.’

The Tory leader will reference the UK’s economic growth, and say the response to the call to get vaccinated allowed the country to ‘maintain the most open economy and society of any major European economy’.

‘And as I speak tonight on New Year’s Eve, we’ve met our target, we’ve doubled the speed of the booster rollout, and it’s precisely because of that huge national effort that we can celebrate tonight at all’, he’ll add.

‘Though I must of course urge everyone to be cautious and to take a test if you are going out and to remember the importance of ventilation.

‘Follow the rules if you are in Scotland or Wales or Northern Ireland.

‘And I want to speak directly to all those who have yet to get fully vaccinated.

‘The people who think the disease can’t hurt them, look at the people going into hospital now, that could be you.

‘Look at the intensive care units and the miserable, needless suffering of those who did not get their booster, that could be you.

‘So, make it your New Year’s resolution, far easier than losing weight or keeping a diary, find a walk-in centre or make an online appointment.’

Bucs and Brady brutally trolled by former teammate after defeat