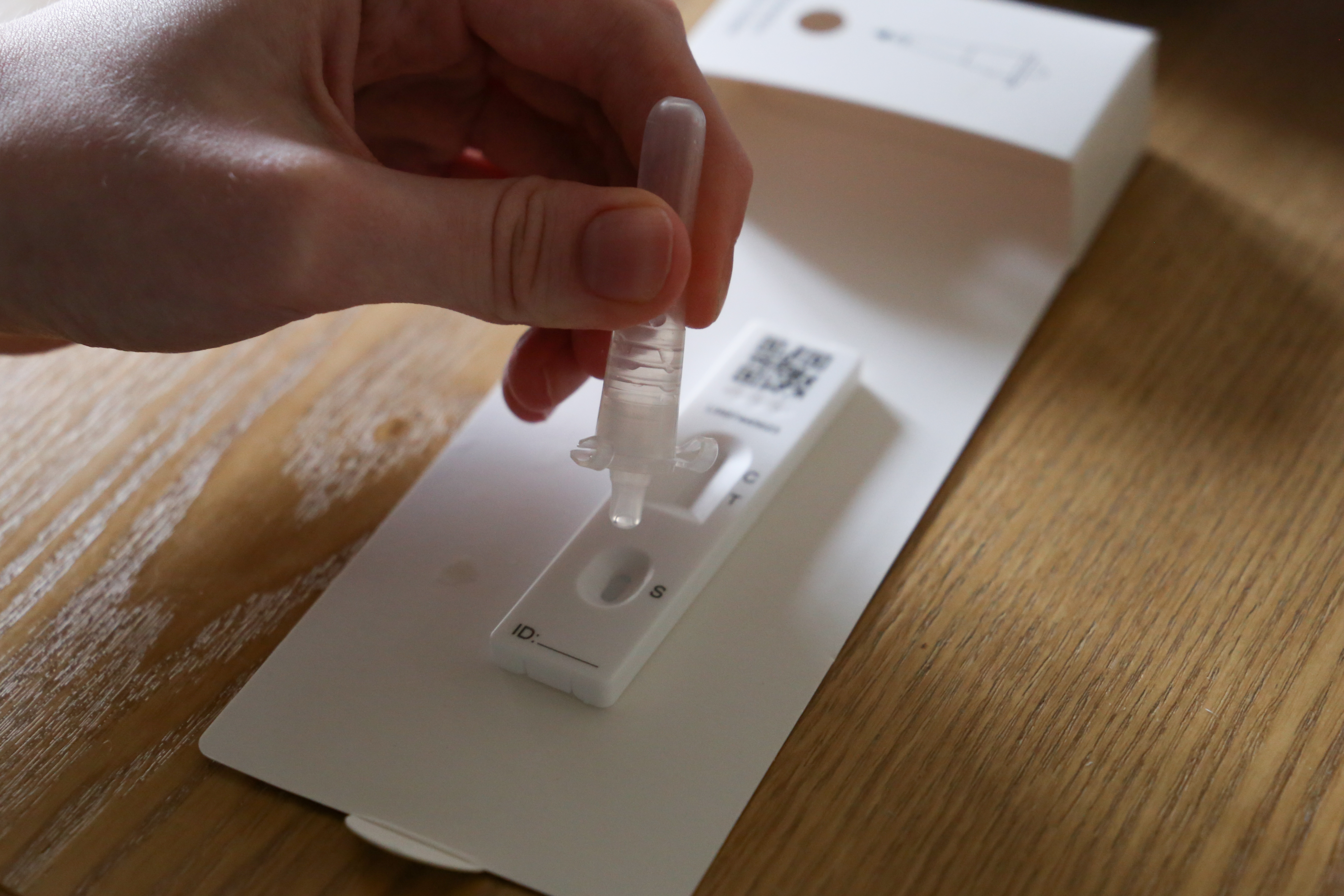 Now people are being warned that sharing images of positive test kits could be helping to fuel fraud.

Criminals making a profit from manufacturing and selling fake Covid-19 passports are hijacking the posts to get untested and unvaccinated people into events.

The pictures can be used to generate a pass so that people who refuse to take a lateral flow themselves can get into nightclubs and other venues.

The warning comes amid a shortage of test kits which has seen some online sellers look to make a profit from in-demand stock.

Shahzad Ali, CEO at Get Licensed, said spotting fake passes has become an everyday part of the job for bouncers and bar staff.

He told the Daily Star: ‘Our advice would be to avoid posting it on social media, don’t share the code from the lateral flow you have taken because others could register it as their test.

‘Covid passes will potentially make door supervisors’ jobs much more difficult, especially when we consider the consequences of people who are especially forthcoming with their beliefs, it could make the job much more dangerous.’

He added that it was ‘inevitable’ fake Covid passes would hit the streets and said it was a ‘new complication’ for staff.

Some shameless sellers looking to make a quick profit have been selling the free NHS lateral flow kits online.

One box was briefly listed on Facebook on sale for £100, according to the Manchester Evening News.

Several more are changing hands for £5 a pack amid widespread shortages due to increased demand over Christmas.

In one local Facebook group covering the North West town of Disbury, a seller wrote: ‘12 lateral flow tests for sale. £5 per box but will do deal for more than 1.’

One commenter accused the seller of ‘hoarding them for your own selfish gain’ and another said it was ‘shameful’.

But the person who listed the items replied: ‘There’s no joke they’re in short supply right now so if you need them a fiver isn’t that much.’

Thousands have found they are unable to source lateral flow tests or book a PCR in recent days amid a huge surge in cases.

The UK Health Security Agency said earlier this week that ‘exceptionally high demand’ was creating supply issues and urged people not order anymore if they already have some at home.

‘Spooky music’ in mum’s ear was actually a brain tumour

UK PM told to go ‘in the name of God’