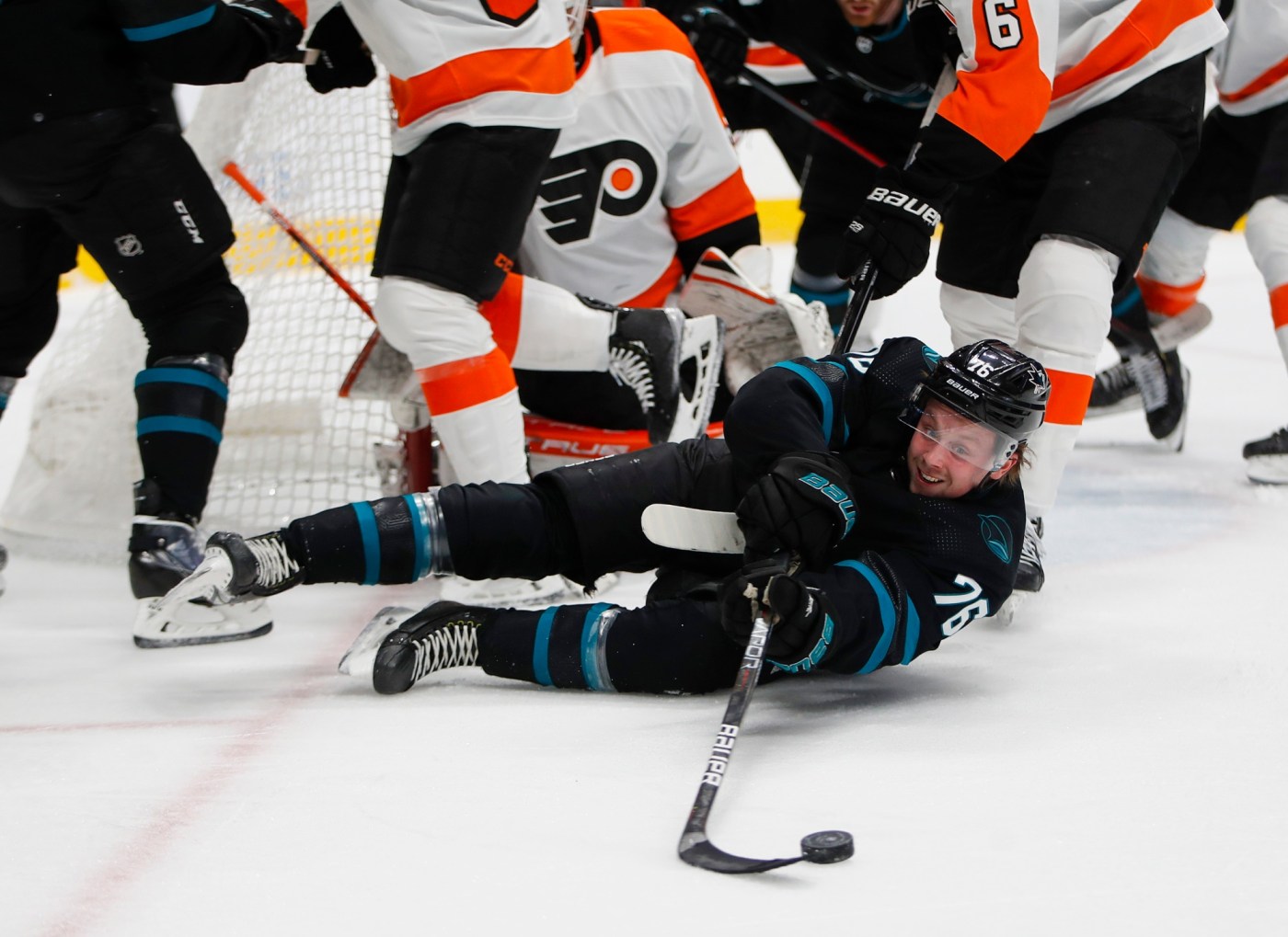 SAN JOSE — Sharks winger Jonathan Dahlen was removed from the NHL’s COVID-19 protocol on Thursday at the same time that defenseman Mario Ferraro was added.

Dahlen was added to the protocol on Dec. 21, the same day that Tomas Hertl tested positive, and missed Tuesday’s game with the Arizona Coyotes. Dahlen has eight goals and six assists in 26 games for the Sharks this season and started Thursday’s game with the Philadelphia Flyers at SAP Center on a line with Hertl and Noah Gregor.

The loss of Ferraro is potentially a huge one.

Ferraro is second among all Sharks skaters in average time on ice with 24:02 per game and Thursday’s game was the first he’s missed since the 2019-2020 season. It was not immediately known if Ferraro is symptomatic with COVID. He’s also the NHL’s leader in blocked shots and 93 and is the Sharks’ leading penalty kill, averaging 2:33 of ice time shorthanded per game.

Ferraro is third among all Sharks defensemen with 10 points.

Starting in Ferraro’s place Thursday alongside Brent Burns was Radim Simek. Other defense pairs had Erik Karlsson with Jake Middleton and Marc-Edouard Vlasic with Nicolas Meloche.

After Thursday, the Sharks begin a four-game road trip on Sunday against the Pittsburgh Penguins. That is followed by games against Detroit, Buffalo, and Philadelphia on Jan. 2, 4, and 6, respectively.

The Sharks recalled Jaycob Megna to be their seventh defensemen Thursday.

Please check back for updates to this story.