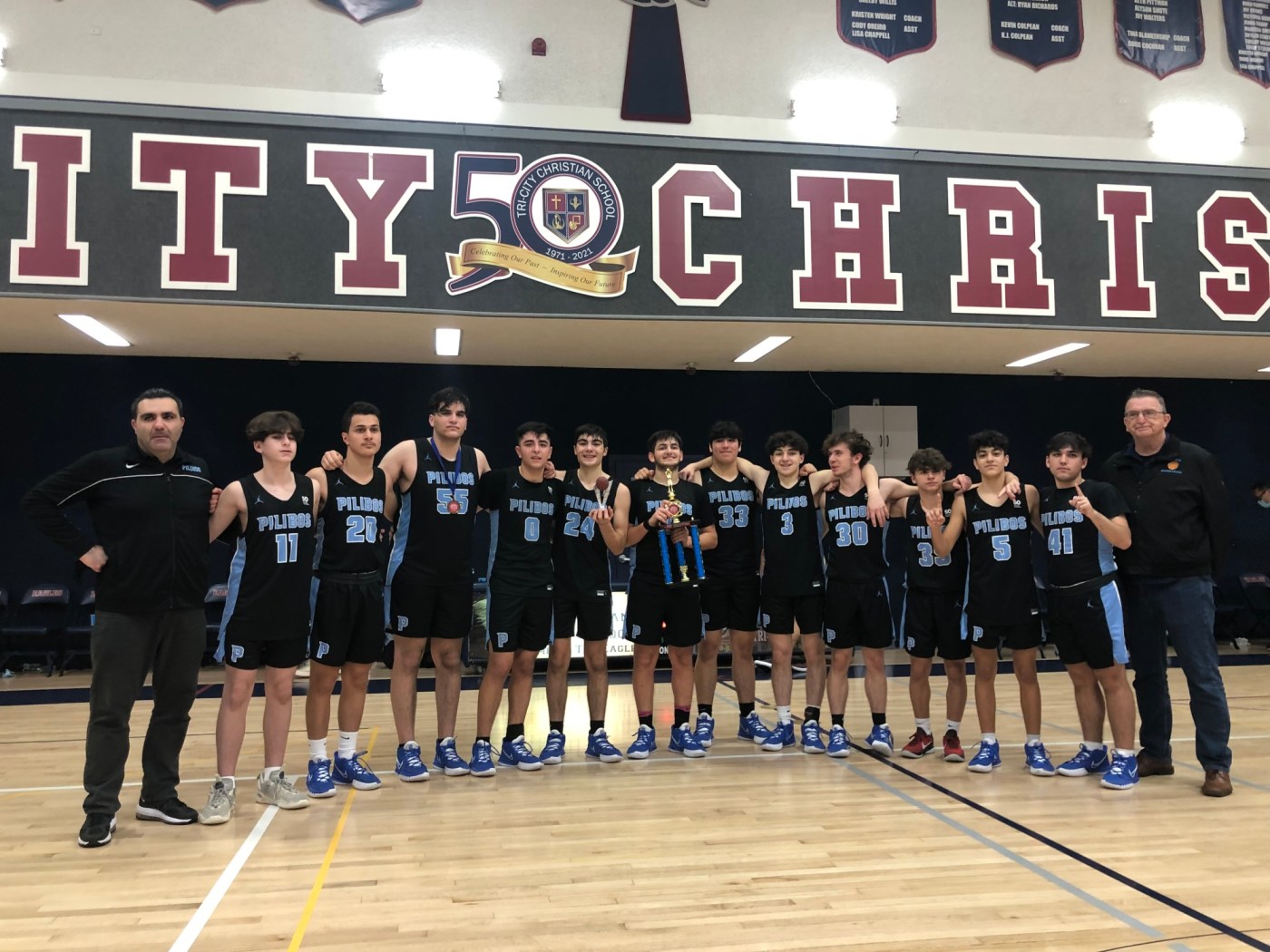 All eyes have been on The Classic at Damien in La Verne this week where some of the best boys basketball programs in the state were campaigning to show they are “Open Division worthy.”

Corona Centennial, Etiwanda and St. John Bosco look to be on their way, but Crean Lutheran and Riverside Poly also made strong cases to be considered for the CIF Southern Section’s mighty eight-team bracket.

While notable powers had their games shown on the KDOC and Bally Sports television airwaves, there was a small high school program making waves of its own this week.

Balian was named tournament MVP. Abkarian was an all-tournament selection.

Agoura (7-8) won the Ventura Kiwanis Tournament with a 57-52 overtime victory over Camarillo thanks to 24 points from Aiden Bell. Zane Miller added 11 points and Gavin Guenther was named tournament MVP. Bell and Miller were named to the all-tournament team.

The Chargers knocked off Crespi in a one-day showcase at Cal Lutheran University on Dec. 18 and have since won five straight games.

Santa Clarita Christian (11-5) fell to Lone Peak of Utah 67-62 in the Gold Division final at The Classic at Damien despite 28 points from Jaden Tengan, including six 3-pointers. Maurice Wright had 15 points in the loss.

Village Christian (11-3) was scheduled to take on Westchester in the South Pasadena tournament final, but director Ernest Baskerville called off the final day of the tournament due to a “variety of issues,” according to a release. Multiple teams dropped out of the tournament during week with challenges related to COVID-19.

Chaminade 61, West Ranch 42: The Eagles went 2-1 in the Burroughs tournament this week led by Jessa Thurman’s 20.3 points and 13 rebounds per game. Alanna Neal averaged 15 points per game through the three games.