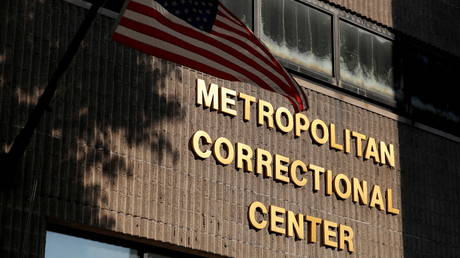 Charges against two New York prison guards have been dropped by prosecutors. The pair had admitted to falsifying records about their movements on the night financier Jeffrey Epstein hung himself in his cell.

The pair had been indicted in November 2019 after it emerged that they had failed to undertake rounds of the facility on the night of August 9 to 10, 2019. Instead, they remained in their office and surfed the internet.

Epstein was found dead in his cell on the morning of August 10. A coroner’s report confirmed he killed himself by hanging. He was awaiting trial for sex crimes.

The warders admitted that they had falsified reports from the night of Epstein’s hanging to make it appear that they had correctly undertaken their duties. William Barr, the US attorney general at the time of the indictment, denounced the “serious” lapses at the high security facility where Epstein had been held since July 2019.

The decision to drop the charges came after Noel and Thomas both completed community service work.

On Wednesday, Epstein’s companion, British socialite Ghislaine Maxwell, was found guilty by a jury on five of six counts linked to helping the late financier groom and recruit teenage girls, including the most serious charge of trafficking a minor for sex. She is yet to be sentenced.

Sinking 1,000 NYC subway cars in the Atlantic to create a reef didn’t go as planned

Nico Ali Walsh, grandson of Muhammad Ali, to be trained by Richard Slone