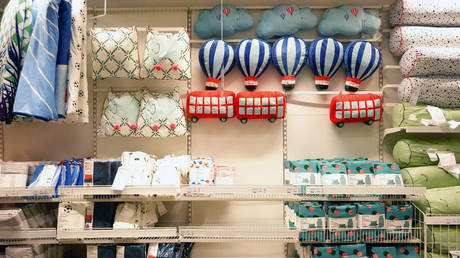 Iconic Swedish furniture brand IKEA has announced plans to raise prices of its historically budget-friendly goods by 9% as soon as next year, due to supply-chain bottlenecks and surging materials costs as the pandemic persists.

The Swedish furniture maker, which has built a reputation for its economical-but-stylish flatpack furniture, said it had raised prices in multiple countries starting from Christmas.

“Like many other industries, IKEA continues to face significant transport and raw material constraints driving up costs, with no anticipated break in the foreseeable future,” Ingka Group, the holding company that owns 90% of the retailer’s stores, said in a statement.

IKEA franchisor Inter Ikea Group reportedly absorbed costs totalling €250 million ($283 million) during the current year, due to the logistical problems that were intensified by the rebound in demand after the first wave of Covid.

“During the pandemic, despite rising costs all around us, Ingka Group kept prices stable with the aim to keep prices as low as possible for customers,” Retail Operations Manager at IKEA Retail Tolga Oncu said, commenting on the latest decision. “It was the right thing to do.”

The current supply-chain crunch has rained a hard blow on a wide range of industries around the world, hitting the operations of automakers, tech giants, fashion brands and even ketchup suppliers, along with furniture retailers.

The crisis, which stretches back to 2020, is related to the rapid spread of coronavirus. The Covid-related lockdowns and industry shutdowns across the globe resulted in lower consumer demand and reduced manufacturing activity, but sparked a massive demand for deliveries among people closed-up at home.

As a result, cargo ships clogged up ports with their undelivered goods, while shipping prices skyrocketed across the board. The situation was exacerbated by a record number of infections that kept long-time employees, including those involved in logistics, at home or on hospital beds.

In October, Inter Ikea Group, which owns the IKEA brand, warned in its annual report that challenges would last well into 2022, with the resulting costs expected to be passed on to customers.

Last month, the group reported an annual drop in profits of as much as 17%, amid a steep increase in transport and raw material prices. At the same time, the franchisor behind the world’s largest furniture seller said that sales for the year were up 8% to €25.6 billion (about $29 billion).