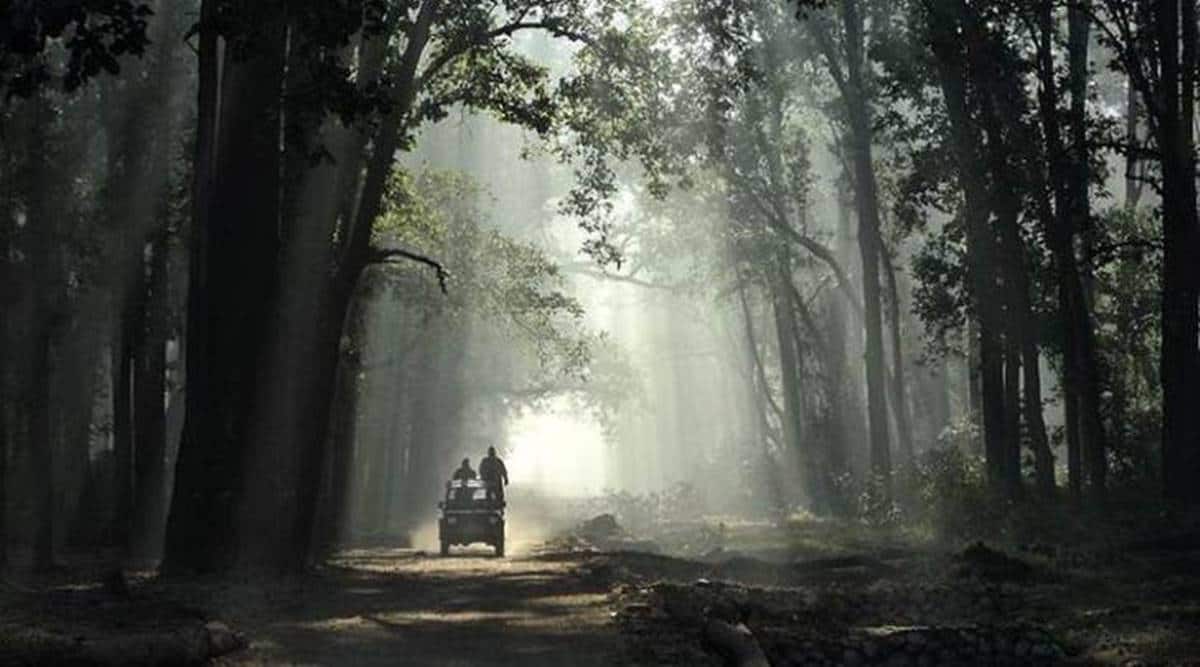 In a shocking revelation made by an Indian Express report, the state government of Uttarakhand had started work on a tiger safari facility in Corbett Tiger Reserve (CTR) much before it got clearance from the Union Ministry of Environment and Forests. Going beyond the approved cost of work pegged at Rs 24.60 crore, the state government spent close to Rs 157 crore which is six times higher than the amount approved by the central Ministry.

The Indian Express accessed the documents that show that the state government went on to expend Rs 157 crore on the facility without any legal, administrative or financial sanction. The state government had only got the approval to construct an animal rescue facility with open to air enclosures along with an interpretation center for tourists. However, the state government went on to construct a total of 18 additional buildings housing 60 rooms with attached baths at several locations around the tiger safari. The unapproved construction work also included developing a water body which required felling of several trees along with widening a forest road with an aim to turn it into a highway.

After a writ petition was filed in the Delhi High Court and two visits made by the central agencies, the unapproved construction work was finally put on hold last month. The state government under pressure also transferred as many as 30 forest officials including the state’s Head of Forest Force (HoFF) and Chief Wildlife Warden (CWLW) to ensure a transparent and vigilant probe.

A strong tussle over the outgoing officer, who was responsible for the extensive construction work, and his replacement officer is also going on with the Corbett staff workers locking down all office premises in protest against “dual command.” Kishan Chand who is the Divisional Forest Officer (DFO), Kalagarh, western division of the Corbett Tiger Reserve (CTR) is yet to relinquish the office despite his replacement taking “one sided” charge already.

Talking to the Indian Express, CTR Director Rahul said that the safari work had commenced without the final FC in July and he had asked DFO Kishan Chand to stop the work. Other forest officials said that the truth will only emerge once the vigilance probe has been completed. Uttarakhand Forest Minister Harak Singh Rawat, brushing aside all reports of malafide, said that the tiger safari will be ready for tourists in January and there is no irregularity. Asked repeatedly as to why the state government did not take additional approval for the extensive work, the Minister retorted that it was “the central government and Modiji who announced the tiger safari” and the center and state government are working on the same page. The Minister further said that there might be some internal differences among the officials but ultimately tourism and people of the state will benefit from the recent development.

The finding of the two central teams that visited the site- the National Tiger Conservation Authority (NTCA) and the MoEF’s regional office at Dehradun- were extremely scathing. The final report prepared by the central teams said that the DFO (Kalagarh) could not produce any legal, administrative or financial approval to justify the construction work. The report further said that criminal liability needs to be fixed in the matter as construction activities were undertaken without any sanction in one of the highest tiger density habitats of the world.

Primary candidates are getting creative during election petition-gathering season