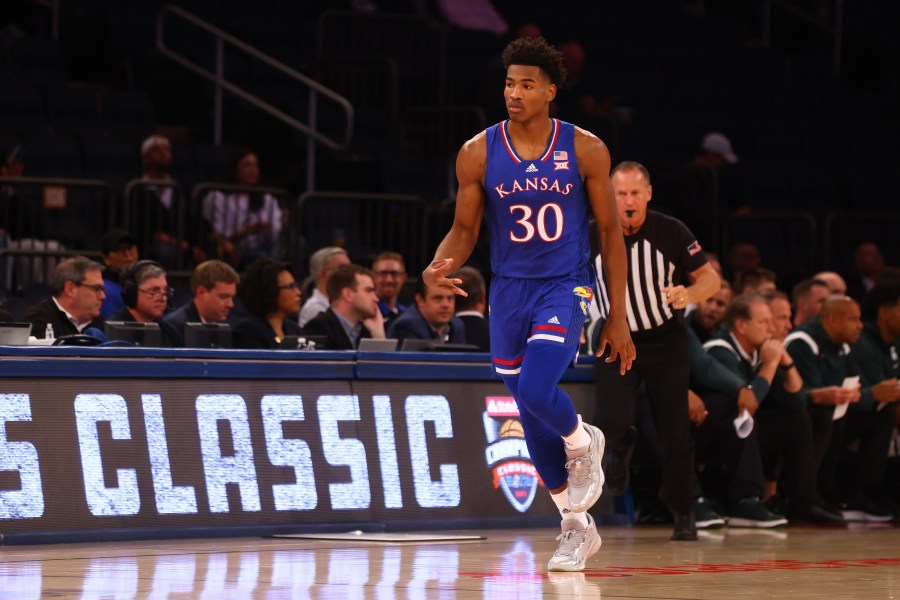 LAWRENCE (KSNT)- Kansas men's basketball has sold out their last 324 games in Allen Fieldhouse but that streak could be in danger this Saturday.

Saturday's game against George Mason wasn't originally on the Jayhawks schedule. The game was scheduled after their original opponent, TCU, had to cancel due to COVID-19 concerns. For that reason, this weekend's game is not included as part of the season ticket package.

Bill Self still expects a sellout.

Ticket prices were lowered to adjust to the late change. Fans can purchase general admission tickets as low as $15, a price that Bill Self says is the least expensive since he arrived at KU.

"I do think [my players] are fun to watch," Self said. "Hopefully our fans can enjoy it, but that means enjoying it every game not just picking and choosing."

Tier 1-5 tickets are on sale for $25, while fans can purchase tier 6-8 tickets for $20. KU students who redeemed tickets for the original TCU contest will have the George Mason game automatically added to their account.

Parking will also be free on campus for fans on Saturday. KU tips off against George Mason at 4 p.m. for their first game of 2022.