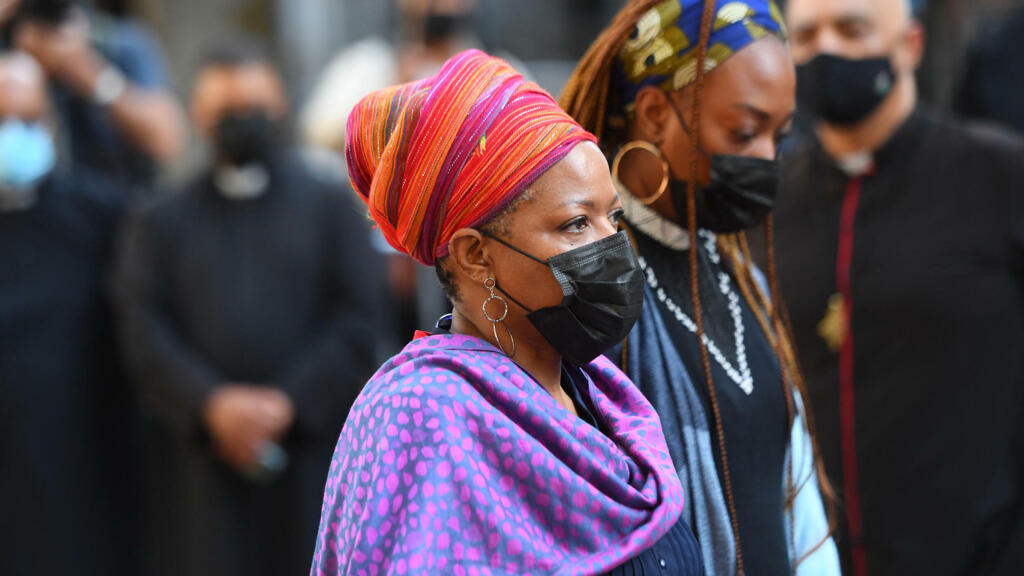 A church band, which included a preschooler trumpeter, performed outside the church as the cortège pulled up to bring back the modest pinewood coffin containing one of the titans of South Africa's history. Tutu's successor, Thabo Makgoba, waved a chalice of burning incense over the coffin before pall bearers -- including Anglican vicars -- took the coffin from a silver Mercerdes SUV hearse. They slowly walked up the stairs into the cathedral where Tutu preached for a decade. Members of Tutu's family hugged and consoled each other in front of the church as the body arrived around 0810 am (0610 GMT). The globally revered anti-apartheid icon died peacefully aged 90 on Sunday. He is to be cremated and his ashes will be buried at the weekend. Slightly under 2,000 ordinary South Africans of all races and ages filed past his closed coffin in southern Africa's oldest cathedral on Thursday, according to a church official. Following a private cremation, Tutu's ashes will be interred inside the cathedral, whose bells have been pealing in his memory for 10 minutes at midday every day since Monday. Tutu retired as Archbishop after 10 years in 1996 and went on to lead a harrowing journey into South Africa's dark past as chairman of the Truth and Reconciliation Commission, which exposed the horrors of apartheid in terrible detail. South Africa is marking a week of mourning for Tutu, with the country's multi-coloured flag flying at half-mast nationwide and ceremonies taking place every day until the funeral. Weakened by advanced age and prostate cancer, Tutu had retired from public life in recent years. He is survived by his wife Leah and four children, and several grand and great grandchildren.