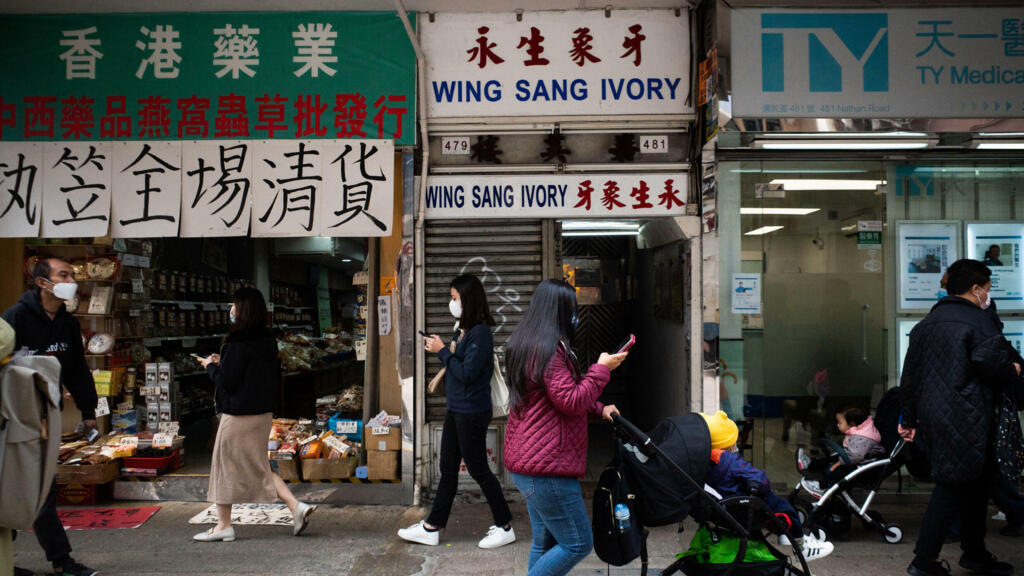 Hong Kong lawmakers in 2018 backed a bill opting for a gradual phasing out of the trade -- a move some conservationists at the time criticised as a loophole that could be exploited. The city has been accused of playing an oversized role in the industry, with one 2019 report by a local conservation group saying it accounted for around a fifth of all global ivory seizures in the last decade. On the eve of the ban, small queues of shoppers were spotted outside some stores selling the product in the city's Sheung Wan district, according to local media reports. Friday's new rules ban the "import, re-export, and commercial possession of elephant ivory", but make an exception for antique pieces dating from before 1925. Offenders could face a maximum fine of HK$10 million ($1.3 million) and 10 years' imprisonment. With its busy port and other transport links, Hong Kong had thrived as a major transit point for illegal trade in parts of endangered animals like elephants, rhinos and pangolins -- most of it headed for consumers in mainland China. Hong Kong authorities in 2017 made their biggest ivory bust in three decades, with the haul of 7.2 tonnes of tusks valued at around $9 million. Authorities seized another 2.1 tonnes in 2019 -- after the phasing-out process had begun. African ivory was a sought-after status symbol in China and used to fetch as much as $1,100 a kilogram ($500 a pound). China's own ban on the ivory trade has been in force since 2018. A spokesman for Hong Kong's Agriculture, Fisheries and Conservation Department said the government was "committed to the protection of endangered species, including elephants". In August, Hong Kong passed a law that classified wildlife trafficking as an organised crime issue.