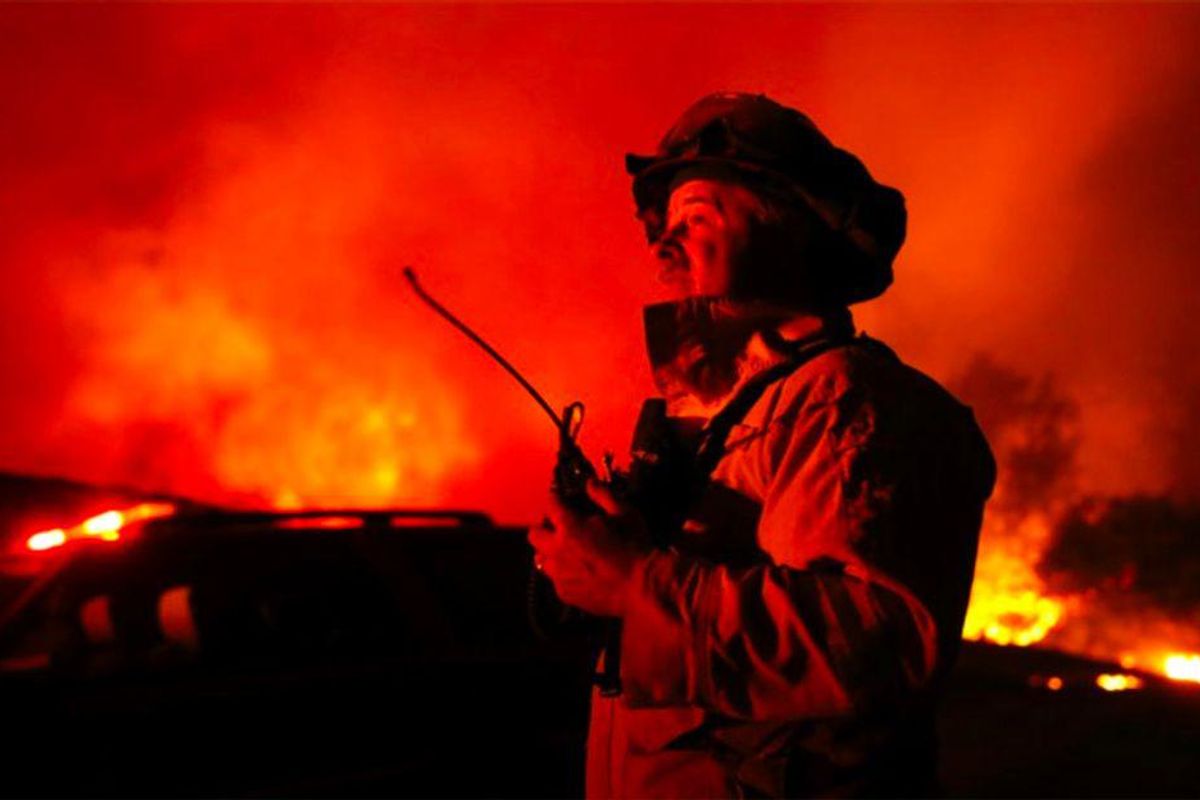 Colorado Gov. Jared Polis has declared a state of emergency as multiple fires have erupted in size due to hurricane-force winds coming off the Rocky Mountain Front.

"Residents of two Colorado towns have been told to evacuate because of wildfires driven by 'historic' 80-100 mph winds, officials said Thursday. At least six people are being treated for injuries related to one of the fires," CNN reported Thursday.

The winds were so fierce one building collapsed.

Discount Tire at 64th and Simms in Arvada collapsed in high winds. Debris all over the parking lot and some cars with smashed windows. #9newspic.twitter.com/m9aDGNQZRr
— Jennifer Hicks (@Jennifer Hicks) 1640907767

A meteorologists noted atmospheric waves could be seen in the fire's smoke plume.

The WAVES in the atmosphere are clearly evident in the smoke plume from the Marshall Fire near Boulder, Colorado. This is causing very erratic fire conditions along the Front Range. Winds will begin to ease in the next 2 hours. @NWSBoulder @Denverchannel #cowxpic.twitter.com/OwjIzy6JCU
— Mike Nelson (@Mike Nelson) 1640906580

Here are some images of the fire:

More scene from the #MarshallFire by @hrichardson and @HyoungChang \n\nSee more photos from the Boulder County fires here: https://dpo.st/31dKnyL\u00a0pic.twitter.com/VKz3JsJqyk
— The Denver Post (@The Denver Post) 1640917364

Colorado Gov. Jared Polis has declared a state of emergency due to the fires burning in Boulder County.\n\n@RobMarciano has the latest forecast. http://abcn.ws/32NVq1O\u00a0pic.twitter.com/EHcUI2LwNQ
— ABC News Live (@ABC News Live) 1640909575

Please view the official evacuation area for the #MarshallFire at this point. Also, areas just north of S. Boulder Rd. between Cherryvale/76th up to Arapahoe Rd is in pre-evac notice.pic.twitter.com/p2OZ41rp1O
— Boulder OEM (@Boulder OEM) 1640902884

Map of the fire, with Boulder in the Northwest corner and downtown Denver in the Southeast corner: 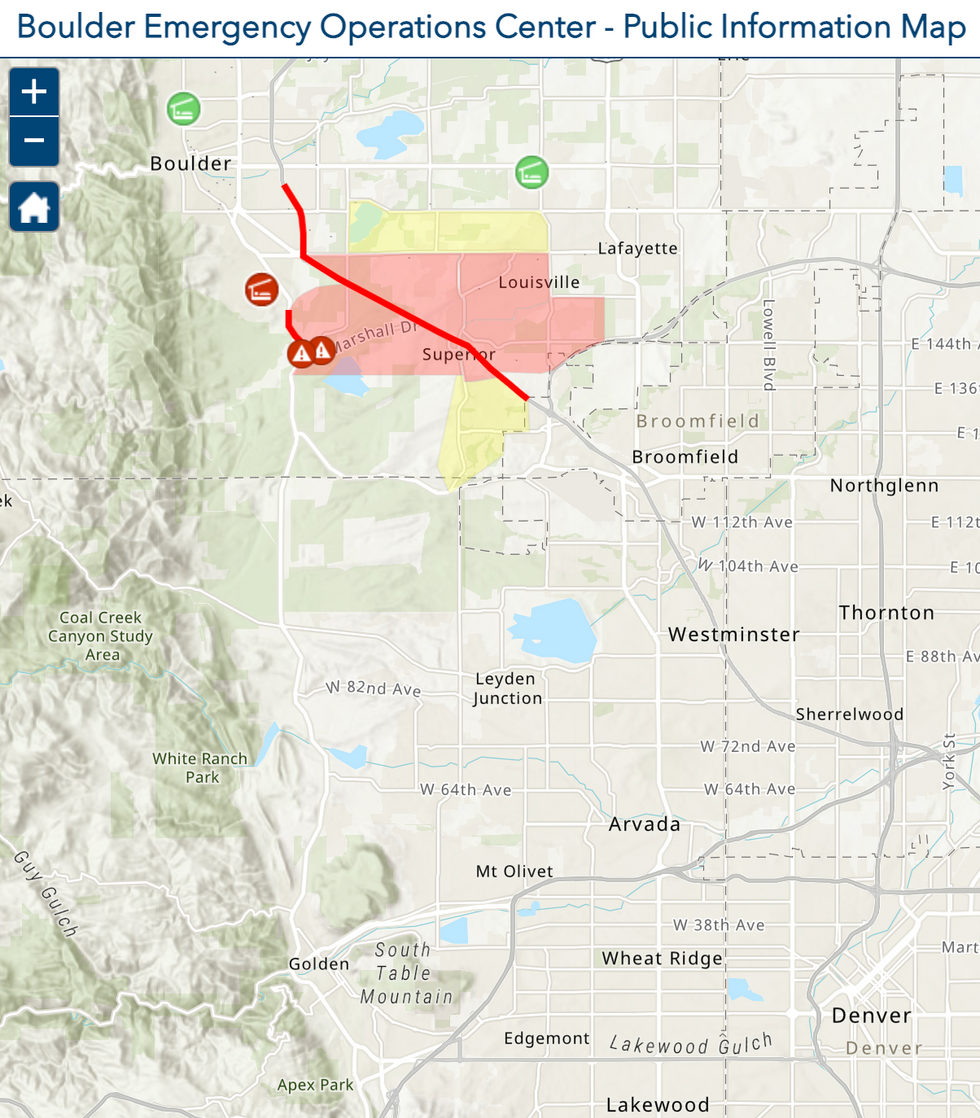 Cold start to the weekend, snow on the way

Today24.pro
Bet £20 on Arsenal vs Burnley and get money back as cash if you lose, plus 176/1 prediction and tips with Paddy Power Sejarah Tim Liga Inggris Wolverhampton Wanderers Topeka Tropics hold tryouts friday in Landon Arena Man Utd star Victor Lindelof’s wife and kids terrified as burglars raid home while he was playing against Brentford