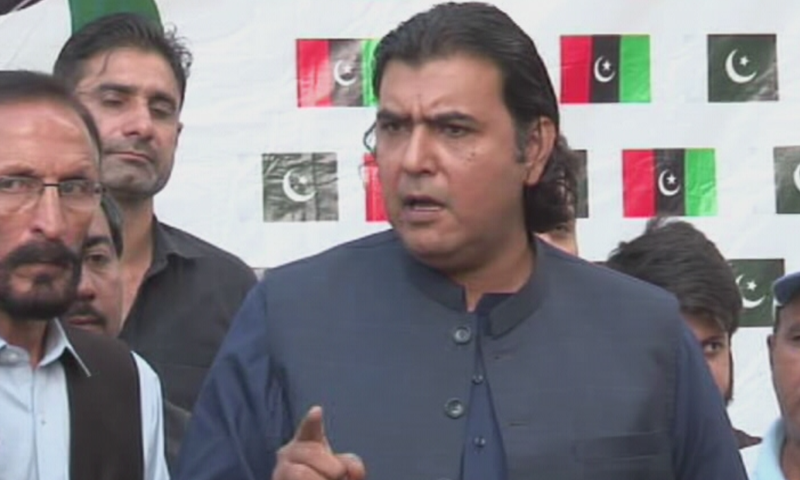 ISLAMABAD: A number of senior Pakistan Peoples Party (PPP) parliamentarians want its leadership to take action against those six independents who had supported Syed Yousuf Raza Gilani at the time of his nomination as the opposition leader, but ditched the opposition during the crucial voting on the electoral reforms and other bills in the joint sitting of parliament and the Senate, Dawn has learnt.

During background interviews, several PPP leaders admitted that it was a wrong decision of their leadership to get the support of the six independents and then facilitating the appointment of five of them as chairmen of various standing committees on the opposition’s quota.

All of these six independent senators elected in 2018 had been sitting on the treasury benches before the Senate elections in March and all of a sudden they submitted an application to Chairman Sadiq Sanjrani seeking allocation of seats on the opposition benches. They informed the chairman that they wanted to support Mr Gilani for the office of the opposition leader after the Pakistan Muslim League-Nawaz (PML-N) nominated Azam Nazeer Tarar for the office.

It was after getting support of this group, headed by Dilawar Khan, a senator from Khyber Pakhtunkhwa, that Mr Gilani submitted his nomination as the opposition leader — a move that caused a split in the opposition Pakistan Democratic Movement (PDM) — and finally got the office.

The PML-N and the Jamiat Ulema-i-Islam (JUI-F) later openly criticised the PPP over this act and even termed it “backstabbing”. They claimed that the decision that the opposition leader in the Senate would be from PML-N had been taken by a PDM committee and it had nothing to do with the outcome of the elections of Senate chairman and deputy chairman, which the PDM candidates had lost.

The PPP admitted that it had previously agreed to giving the office of opposition leader to PML-N in return for nomination of Mr Gilani for the office of Senate chairman, but it said the situation changed after Mr Gilani’s defeat.

Interestingly, all these independents had voted for Mr Sanjrani in the elections, only days before their decision to sit on the opposition benches.

The PDM alleged that Mr Gilani had become the opposition leader with the covert support of the government and the senators from Balochistan who had been representing the Balochistan Awami Party (BAP) in the Senate previously.

During a heated exchange of arguments with PPP chairman Bilawal Bhutto-Zardari in the National Assembly on June 30, Foreign Minister Shah Mahmood Qureshi had declared that it was the government which through its six men had helped Mr Gilani get the opposition leader’s slot.

Other members of the independents’ group are Ahmed Khan, Kauda Babar and Naseebullah Bazai from Balochistan and Hidayatullah Khan and Hilalur Rehman from the erstwhile Federally Administered Tribal Areas (Fata).

PPP Senator Mustafa Nawaz Khokhar, when contacted, said he believed that the party leadership would “reconsider” its decision about these independents “who have let us down on numerous occasions”.

“There is a need for the party leadership to find out if the support of these senators had been beneficial or harmful to the party,” he said, adding that on one hand they had got the chairmanship of five committees from the opposition’s quota, on the other they joined the government whenever they wanted to.

Another senior PPP senator while talking to Dawn said since the party could not take a decision whether these people would sit on the treasury or the opposition benches, it could still withdraw the chairmanship of the committees. The PPP leader said it was the responsibility of Mr Gilani to take up the matter with these independents and the leadership.

When contacted, Mr Gilani was surprisingly found confused and not well-informed on the situation when he first claimed that some of the members of this group were not present during the joint sitting and some did not vote for the government. He said he tried to contact Dilawar Khan, but was informed that he was out of the country.

Mr Gilani further said that though these independents had supported him as the opposition leader, they were sitting on the opposition benches as a separate entity. He said under the constitution and rules, the members could not vote against the party line only when there was voting on a money bill, a constitution amendment bill or a vote of no confidence. He recalled that previously despite having clear majority in the Senate and when this Dilawar Khan group was not with them, their no-confidence motion against the Senate chairman was defeated and those who had defected the opposition at that time were still sitting on the opposition benches.

In response to a question about the chairmanship of the committees, he said it was true that they had been given the position from the opposition’s quota. He, however, said that the decision to seek the support of these independents had been made by the leadership during a meeting of the party’s Central Executive Committee (CEC).

Mr Gilani recalled that the issue was discussed in detail at the CEC meeting, saying: “At one stage, I even extended my resignation, but the party leadership did not accept it.” He said the decision to seek the support of these independents had been made by the party with a “majority vote”.

“The party will take a decision and I am nobody to take a decision. Because I have not included them, but the party had done so,” maintained Mr Gilani when asked if he would recommend any action against these members.

When contacted, Dilawar Khan justified his group’s decision to vote for the government, stating that they did so because they were not taken into confidence on the issue by the opposition. He said no one from the PPP, PML-N or the JUI-F had approached them whereas ruling party senators Mohsin Aziz, Shibli Faraz, Azam Swati and even Senate Chairman Sadiq Sanjrani begged their support on the bills.

Mr Khan disconnected the call when asked about the issue of committees’ chairmanship.

“Are you doing reasoning or what? Go away,” he said and disconnected the call.

On the other hand, talking to Dawn, PML-N’s secretary general Ahsan Iqbal said his party had left the matter to be decided by the PPP. He, however, said that it had now been proved that these six men had been sent by the government to the opposition’s ranks to create a rift.