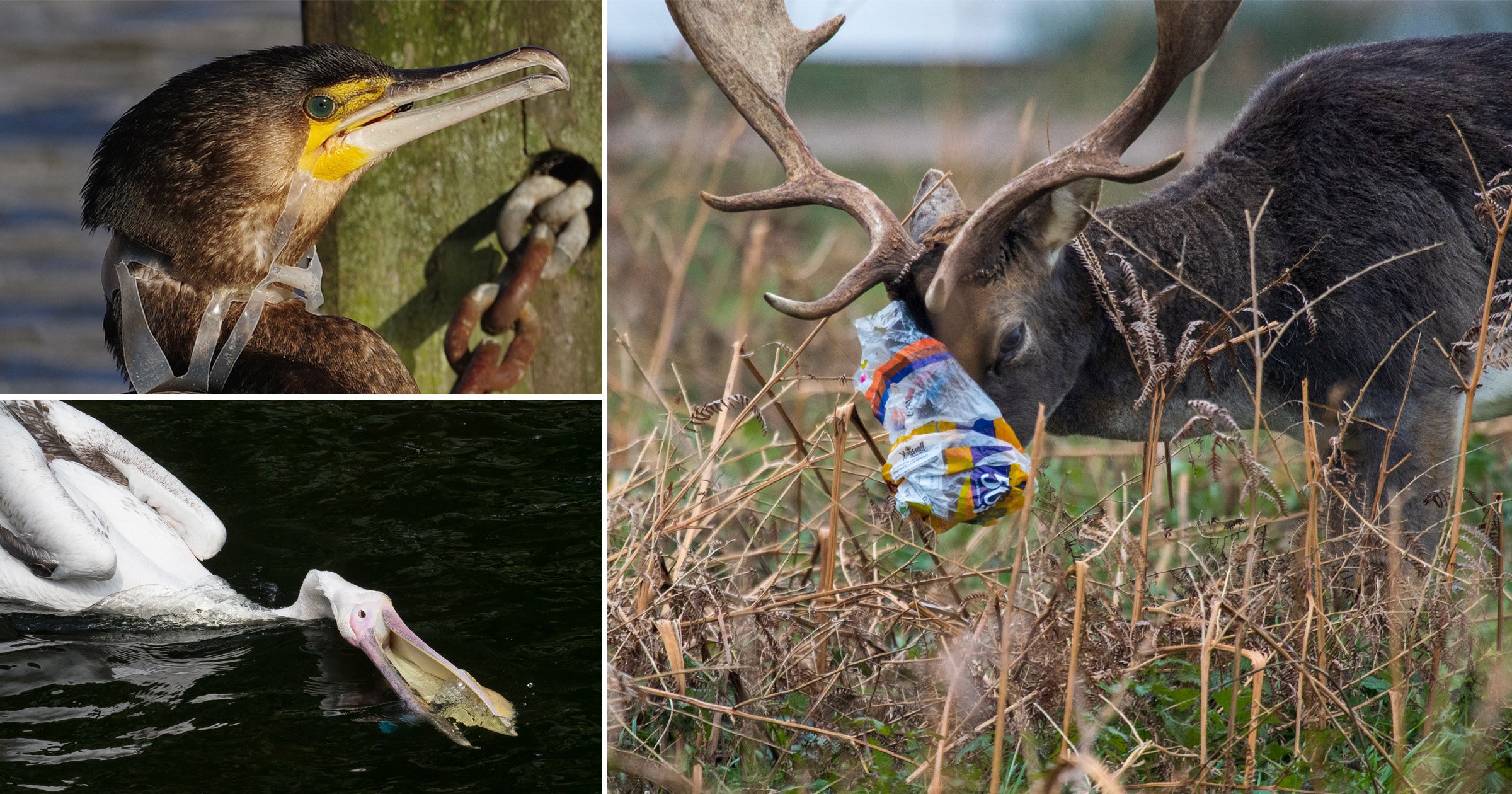 London wildlife is facing a mortal threat from the vast plastic waste left in public parks and on the streets.

Distressing images, released by charity Royal Parks, shows the endless ways that rubbish can endanger an animal’s life – from stags suffocating from plastic bags to hedgehogs trapped in deflated balloons.

The coronavirus lockdown has added an extra layer of misery for London’s wildlife, with discarded facemasks and leftover takeaway containers proving to be hazardous to animals.

An estimated 1,982 tonnes of waste, as much as 157 London buses, was scooped up from London’s green spaces just last year alone.

Royal Parks, which is in charge of London’s eight historic parks and other green spaces, is launching a public information campaign, ‘Help Nature Thrive’, to warn of the dangers of leaving your rubbish behind.

Plastic bags are particularly dangerous for small animals and birds, which can become trapped or suffocate. Ecologists have also warned of the digestive threats posed to wildlife from left-over food scraps left in parks, which can disguise plastic waste and cause the animals to starve to death.

While it is illegal to leave litter behind in London’s parks, the regulations are under-enforced, so Royal Parks hope its ‘leave no trace’ messaging will cut through with park polluters.

The current cost of disposal and rubbish collection over Royal Parks’ 5,000 acres of parkland totals £1.3 million each year.

‘In busy London, the Royal Parks are a haven for wildlife and there are simple things we can all do to protect it and help it thrive,’ said Sir David Attenborough.

‘Litter, and especially plastic, is a growing danger to wildlife worldwide, and we can all help by taking it home or using the bins.

‘Please also leave the wildflowers and fungi, the acorns and deadwood where they are; all of them are vital parts of the parks’ ecology. Remember to tread lightly and leave no trace of your visit.’

Royal Parks has also warned people to not picnic too close to wildflower meadows, which contain vital sustenance for pollinators like bumblebees and butterflies, or to attach exercise equipment to trees, which can damage trunks and branches.

Tom Jarvis, director of parks at The Royal Parks, said: ‘Sadly, we’ve all too often seen the devastating impact that dumping litter, leaving BBQs smouldering or treading into protected areas of the parks can have on the environment and wildlife.

‘Taking that moment to decide to clear away a bottle or small piece of plastic rather than leaving it behind could make all the difference to the lives of the parks’ wonderful wildlife.

‘We work round the clock to keep the parks beautiful, safe places for everyone to enjoy, but keeping the parks litter-free comes with a huge price tag. This is time and money that could be better spent on preserving the natural environment.

‘We want to call upon park visitors to ask them to “help wildlife thrive” and to “leave no trace” by caring for the parks.

‘Please take your litter home – or use the bins as a last resort.’