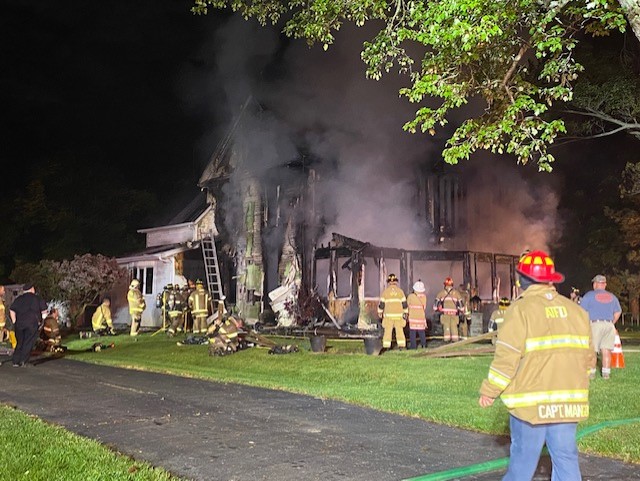 LANCASTER, Ohio (WCMH) -- Two children were transported and firefighters are searching for a man after an overnight fire in Fairfield County.

Firefighters were called to the scene of a home on Lancaster-Circleville Road just after 1 a.m. on a reported fire. According to the Chaplin from the Fairfield County Sheriff's Office, a family of four lives at the home.

The Chaplin said two children were taken to an area hospital with minor injuries, and their mother appears to be uninjured at this time. At this time, firefighters are unable to locate the father.

Multiple departments responded to the scene, and investigators are working to determine what started the fire.

This story will be updated when more information becomes available.