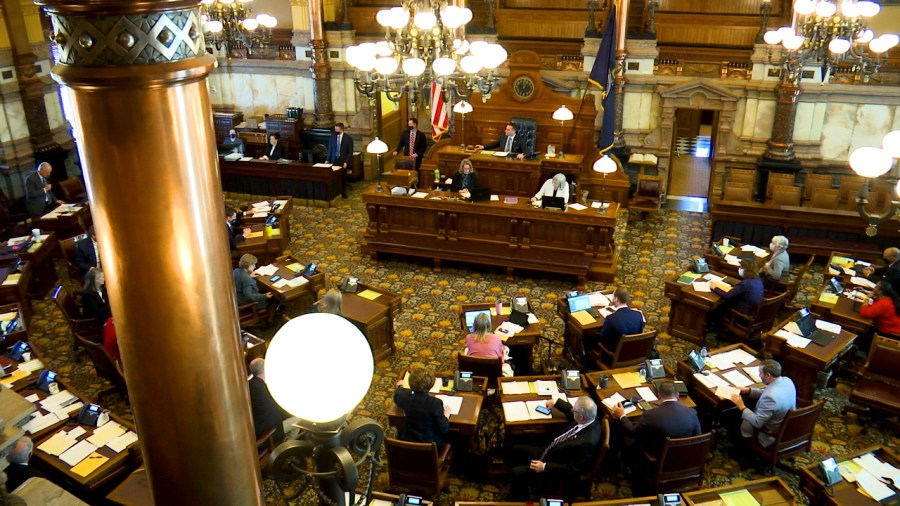 TOPEKA (KSNT)--- Kansas Senate Republicans chose a new Majority leader on Wednesday, after adjourning on the final day of the legislative session.

Three senators were nominated for the position, which includes, Sen. Hilderbrand, R-Galena, and Sen. Longbine, R-Emporia.

The caucus held two rounds of votes. Hilderbrand was eliminated in the first round, with Longbine and Alley advancing to the second round of votes.

A clear majority voted in favor of Alley, which led to his win. The Senator told the Kansas Capitol Bureau that one priority he'd like to address next year is redistricting.

"I think the big thing is going to be redistricting, and we have to put a good team together to come up with new maps," Alley said. "Without redistricting we won't have an election next year."

Legislative leaders met in the weeks prior to the session to start conversations of redistricting for the upcoming election season. The process of drawing new maps received pushback in 2020, after a video resurfaced of former Senate President Susan Wagle, making comments alluding to gerrymandering.

Senate President Ty Masterson said earlier this month that his plans are different than Wagle's.

“Every human has a natural bias, and it’s not on either side of the aisle, it’s on both sides of the aisle. Each side would like to see itself get stronger, but that’s not this process,” Masterson said. “We’re going to bring in the data and try to get as close as we can to one person one vote.”

Alley said other items the legislature will have to attend to include the state's budget and taxes.

The bill was largely backed by Republicans. However, opponents found the measure discriminatory to the transgender community. The bill died earlier this session when the Senate failed to override Governor Laura Kelly's veto.

The Kansas Highway Patrol said Suellentrop was driving a white SUV and going the wrong way in the eastbound lanes of I-70 around 12:45 a.m. on March 16. After what KHP called “a short pursuit,” authorities arrested Suellentrop just before 4 a.m. on charges including driving under the influence and fleeing law enforcement.