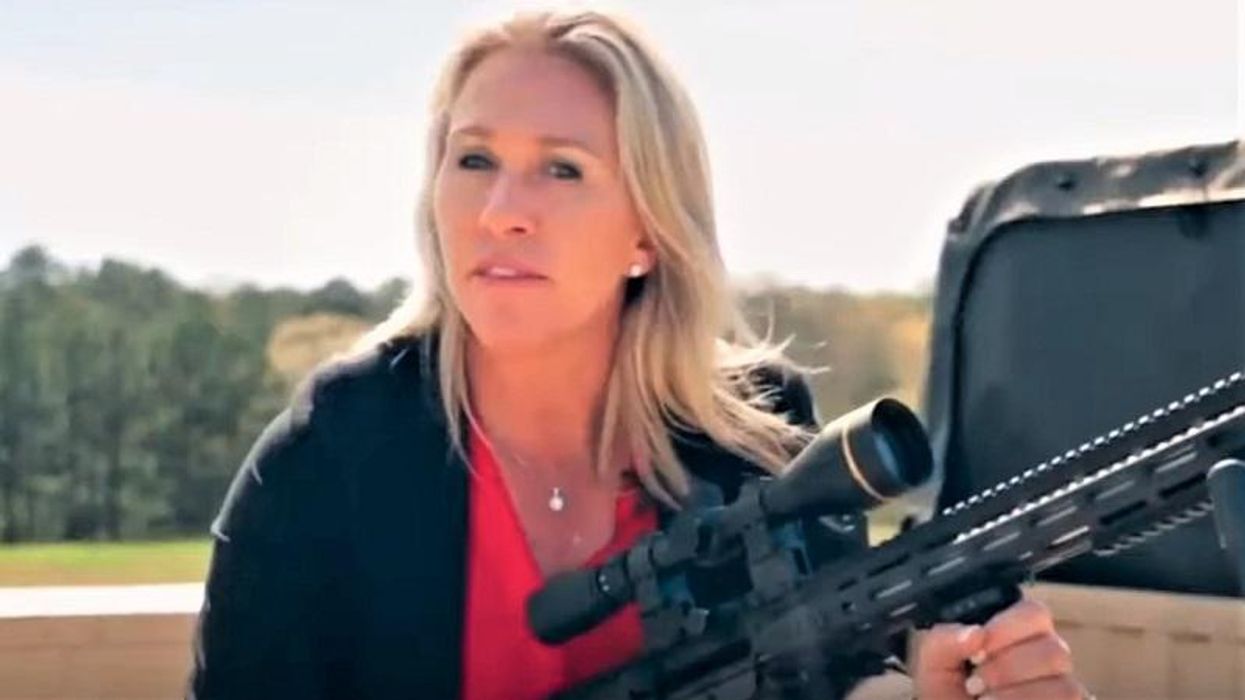 In a recent video uploaded to social media, Georgia GOP Rep. Marjorie Taylor Greene tore into California Rep. Maxine Waters, saying she's going to have Waters expelled from Congress for having a history of inciting violence.

"These Democrats kicked me off of my committees, and then also these Democrats introduced a resolution to expel me and I have done absolutely nothing wrong. Well, you know what? Maxine Waters has," Greene says in the video, referring to Waters' recent comments where she said activists should "get more confrontation" if Derek Chauvin is not convicted for the murder of George Floyd. "And she's been doing it for too long, going all the way back to 1992, going out there and inciting violence, inciting riots, inciting people to cause damage, hurt other innocent people, and cause chaos and break laws and just destroy our country."

"Maxine Waters is guilty of that, so she should be expelled," Greene continued. "And so should Nancy Pelosi for backing her up. That is ridiculous. And then we're gonna impeach Biden and we need to fire [Anthony] Fauci."

Watch the video below, via Right Wing Watch:

G-7 works on vaccine plan after pleas to help poor

Who decides what s in the dictionary? - Ilan Stavans