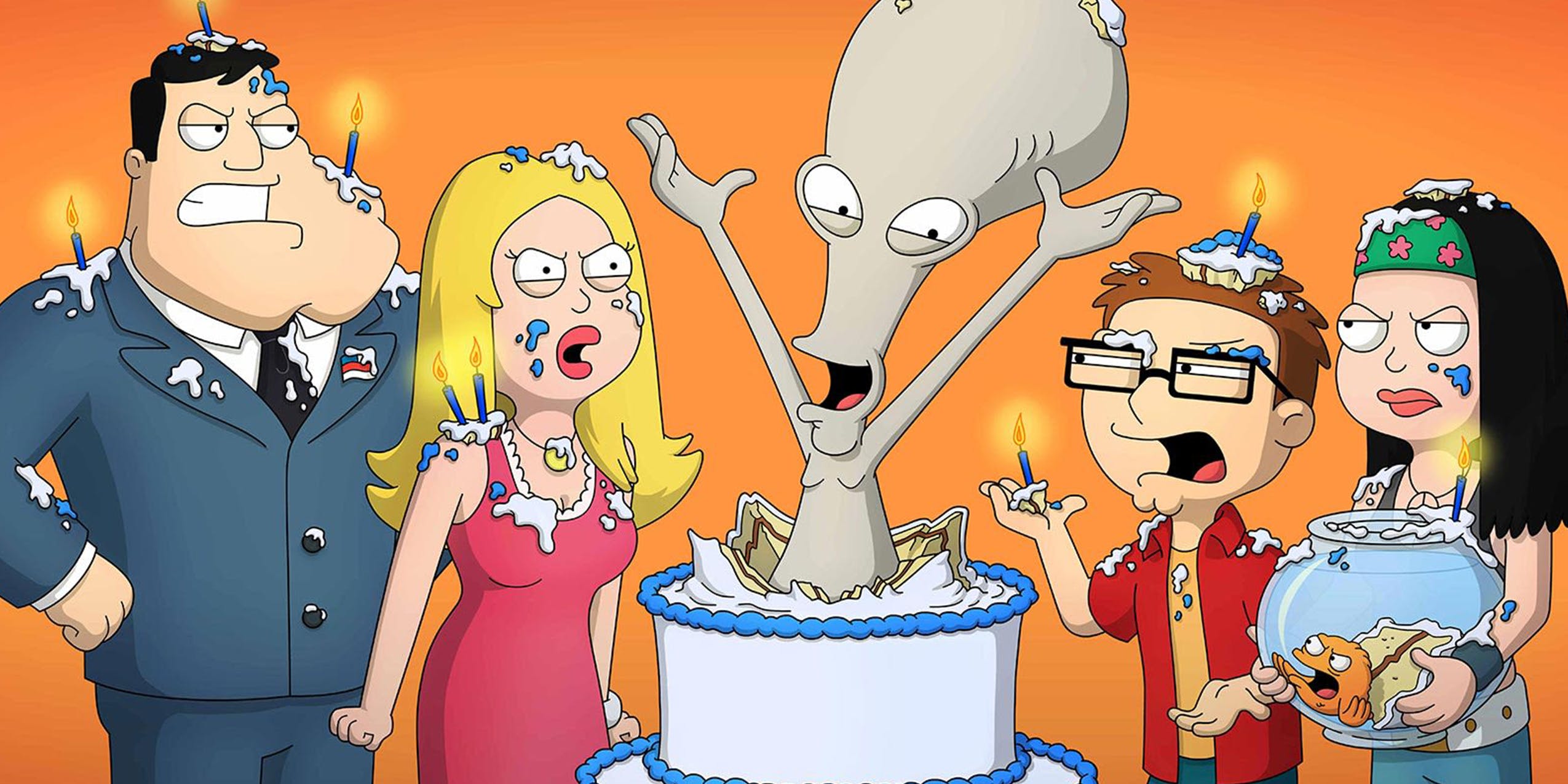 CIA agent Stan Smith is a typical American Dad. His devoted wife Francine dotes on him, despite his occasionally difficult personality. In typical fashion, his kids Steve and Haley have rebelled against his conservative politics. All in all, a standard American family. Well, aside from the fay space alien and the East German ski-jumper whose mind is stuck in the body of a goldfish.

Just like his first series, Family Guy, Seth MacFarlane's American Dad is at this point an animated-comedy mainstay. It's still going strong and will soon be entering its almost unprecedented 18th season.

Here's everything you need to stream American Dad.

What is American Dad?

What the critics are saying:

How to stream American Dad

TBS is available on a few of the major live TV streaming services. When trying to decide which one is best for you, you’ll want to weigh the cost, the other channels you’ll receive, and the compatible devices for streaming.

Hulu Live TV is a great way to stream live TV, as it comes with access to Hulu’s massive library of on-demand content. You’ll be able to choose from movies, shows, and Hulu's original programming, and keep up with what's new each month. Hulu plans even include a bundle option where you can access Disney+ and ESPN+ along with Hulu.

Hulu Live TV sets you up with local channels and has a broad spectrum of entertainment and sports channels to review, including the full suite of ESPN channels, Cartoon Network, FX, HGTV, and even deep cuts like National Geographic and Syfy, and of course, TBS, where you can stream The Last O.G. and Miracle Workers.

If you're looking for a streamlined, cost-effective streaming package, check out Sling TV. It offers two basic cable packages, Sling Orange and Sling Blue, each of which costs $30 per month. There's also the third option of getting Sling Orange + Blue for just $45 per month. You'll get more Sling TV channels by choosing Sling Blue, with its 40 channels including sports favorites like FS1 and NBCSN and cable mainstays like Food Network and Discovery Channel. But Sling Orange brings must-haves Disney Channel and ESPN as part of its package. To gain access to TBS, you’ll either need Sling Blue, Sling Orange, or Sling Orange + Blue. Sling also has a number of add-ons, including robust international packages organized by languages all over the globe.

If you’re already looking to AT&T for your wireless needs, you might consider AT&T TV Now to cover streaming for you. AT&T TV Now channels start with Plus and Max, which even include HBO. Then, AT&T plans expand from there, approaching cable selection and pricing with AT&T TV Now's biggest packages. AT&T streaming also comes with Cloud DVR, letting you record up to 20 hours of TV per month. If you're looking for TBS get in at the AT&T TV Now Plus tier to stream it.

The YouTube TV channel list includes local channels, sports options including ESPN, ESPN2, FS1, FS2, and NBA TV, and plenty to keep kids (and kids at heart) occupied, including Disney Channel and its companion channels, Nickelodeon, and Cartoon Network—all in one easy-to-access package. It even comes with a few Spanish-language channels like Telemundo and NBC Universo. YouTube add-ons include HBO Max, Showtime, and Starz. YouTube TV packages have some advantages over their competitors, including a generous DVR and multiple screens package. From one account, each user can create an individual profile to track favorite shows.

If you're looking to watch TBS live, know that you can stream it on YouTube TV.

The post How to stream ‘American Dad’ appeared first on The Daily Dot.