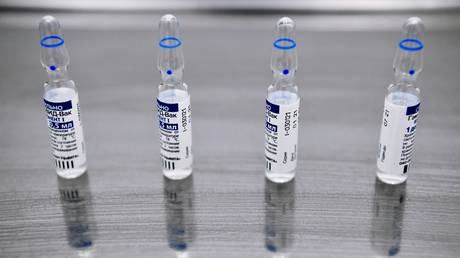 The Russian Covid-19 vaccine has an even higher efficacy rate than previously reported in the Lancet journal, its developer has said after crunching infection data from the domestic immunization campaign.

Between December 2020 and March 2021, 3.8 million Russians received both shots of the Sputnik V vaccine, it’s maker, the Gamaleya Research Institute of Epidemiology and Microbiology, reported on Monday. Of those, only 0.027% became infected with the disease, if counted starting from the 35th day after receiving the first injection. This compares to a 1.1% percent incidence rate among the unvaccinated adult population over the same period.

The statistics translate to 97.6% efficacy of the product, the statement said. February’s Lancet medical journal reported 91.6% efficacy of Sputnik V, based on a phase III clinical trial of the jab.

The new data “confirms that Sputnik V demonstrates one of the best protection rates against coronavirus among all vaccines,” commented Kirill Dmitriev, the CEO of the Russian Direct Investment Fund, which funded the research and is involved in the international promotion of the vaccine.

The 60 countries that have approved the use of Sputnik V have made the right choice by choosing one of the most effective tools for the prevention of coronavirus.

The Gamaleya Center said its new analysis is to be published in a peer-reviewed medical journal in May. The vaccine may be even more effective than the statistics suggest, considering there is a lag between the moment an infected patient is sampled for testing and the moment a confirmed diagnosis is logged in the national database, said Alexander Gintsburg, the director of the lab.

Sputnik V is the nickname of a viral vector vaccine officially called Gam-COVID-Vac. It’s based on two different strains of human adenovirus, which deliver genetic material from the SARS-CoV-2 virus to train a human organism’s immune system to defeat it. It was the first vaccine against Covid-19 registered in Russia.

Slicing Meat? Do it Right With the Best Butcher’s Knives for Butchers, Chefs and At-Home Cooking