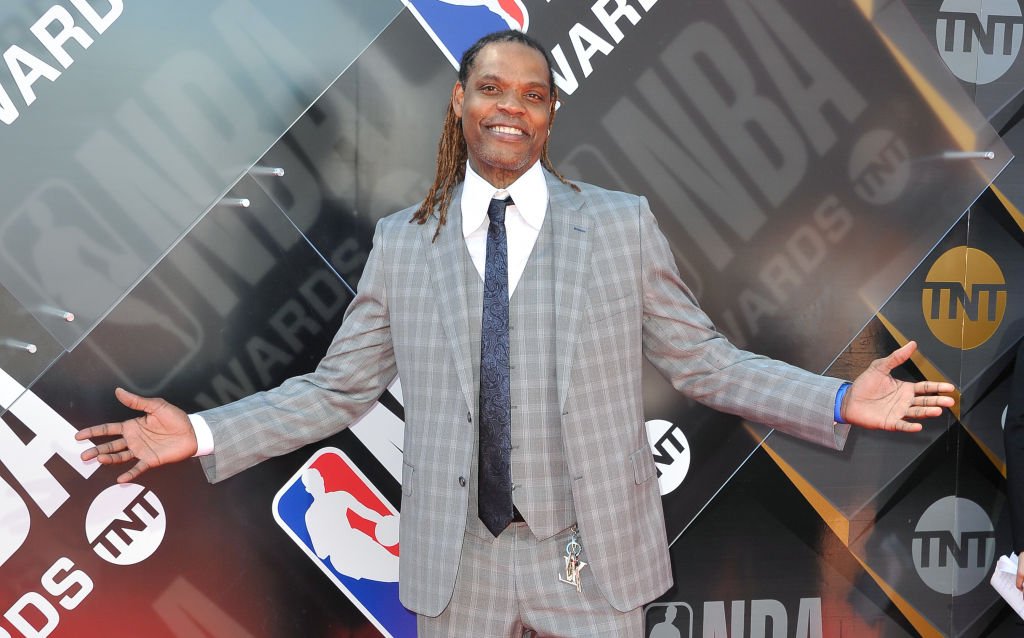 Imagine it’s a random Friday afternoon and you’re scrolling the timeline only to be caught off-guard by what you see.

No, not Donald Trump‘s inept impeachment lawyers shamelessly distorting the truth in an effort to protect the worst president in American history. It was the reports of an online crowdfunding attempt by a former NBA player who earned tens of millions of dollars from both his time on the court as well as off it that was nearly impossible to ignore.

And to let a number of websites and social media timelines tell it, Latrell Sprewell — yes, that Latrell Sprewell, who’s equally notorious for choking his coach and having a series of spinning car wheel rims named after him — has set up a GoFundMe account to solicit money from people who would like to contribute to pay for medical treatment for his granddaughter, who the report says is suffering from cancer.

Latrell Sprewell set up a GoFundMe for his 1 year old granddaughter who's battling cancer, and the reaction by most people is "How did he blow all of his money after making $100 million?" instead of "Why does a 1 year old battling cancer need a GoFundMe?!"https://t.co/xvuQMNGxwu

In typical internet fashion, Sprewell was instantly shamed on social media as users mocked the apparent fact that someone who signed multiple multi-million dollar contracts over the course of 13 NBA seasons needed to ask for a handout.

More importantly, though, a visit to the GoFundMe link that was prominently featured in each of the reports of its existence curiously took users to a page with a simple message: “We’re sorry, but that campaign cannot be found. Please check the link URL and try again.”

A simple “Latrell Sprewell” Google search showed one result, in particular, that said, “Fundraiser for Cameron Carson by Latrell Sprewell,” but that also led to a page with the same “cannot be found” message.

It was not immediately clear who Cameron Carson is and what relationship, if any, that person has with Sprewell.

Both say they were started “2 days ago.”

Was this all one big elaborate hoax to bring shame upon someone who was at one point one of the most well-paid players in the NBA? Did GoFundMe reject the attempts to set up the account(s)?

Neither of those questions could be answered immediately.

However, whether a hoax or not, the report was drawing attention to Sprewell’s past financial missteps, including the aforementioned choking of Golden State Warriors Coach P.J. Carlesimo in 1997. That act alone cost him $6.4 million in wages lost for the season as part of the team voiding Sprewell’s $24 million contract. It also resulted in Converse ending his endorsement deal with the sneaker company, which cost Sprewell untold millions.

Sprewell was fortunate enough to resume playing in the league, signing at least two more lucrative contracts, including one with the New York Knicks, leading them to the NBA Finals in 1999. BUt things started to really go south money-wise for Sprewell that fateful moment he rejected a $21 million contract extension with the Minnesota Timberwolves.

He explained his reason for turning down the extension in six famous words: “I’ve got my family to feed.”

What many people did not know at that point was Sprewell had his home foreclosed on and was in arrears with his yacht’s payments that were costing him more than $10,000 monthly.

Three years later, Sprewell was sued for $200 million by the mother of his four children, who alleged he wasn’t fulfilling his financial obligations to them.

In short, Sprewell had some serious money problems.

In 2006, he offered a self-deprecating joke about his financial status while appearing in a commercial for Priceline.com.

And while the Celebrity Net Worth website is certainly not scientifically accurate, the $150,000 listing for Sprewell is jarring. It also opens up the perfectly plausible possibility that Sprewell really doesn’t have the $35,000 he was allegedly asking for in the reported GoFundMe account that doesn’t exist.

We wish him well.