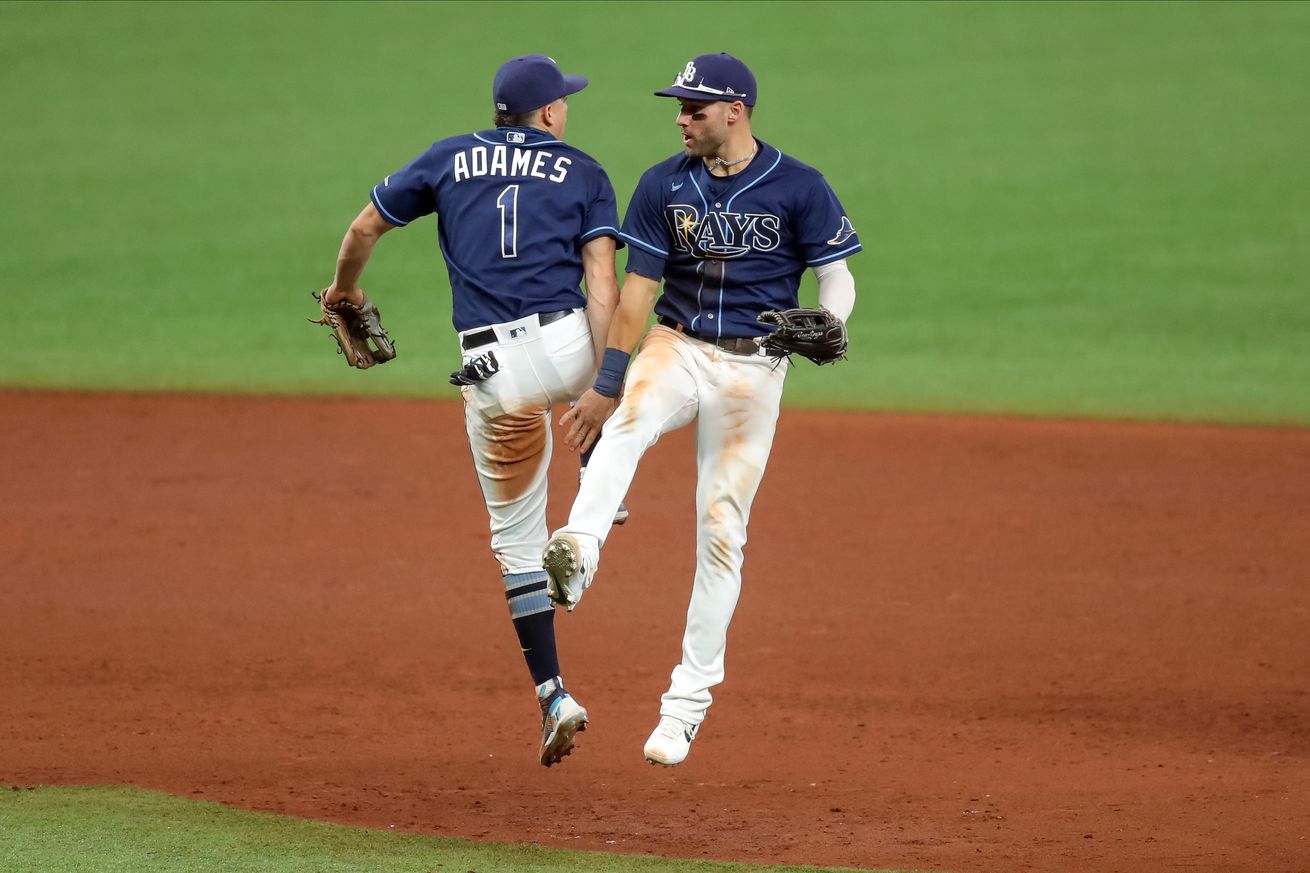 After an off day, the Rays welcomed the Nationals into St. Petersburg for a short two game series. The Rays turned to Ryan Yarbrough in a role he’s familiar with, following opener John Curtiss. On the other side, veteran right-hander Anibal Sanchez started for the Washington Nationals.

Curtiss managed to retire the first four batters of the game before walking Kurt Suzuki, prompting Kevin Cash to bring in Yarbrough. Yarbrough got through the second inning without giving up a run, stranding two base runners and picking up a couple strikeouts.

The Rays got their run scoring going in the second inning. Nate Lowe launched a first pitch curveball to right center field for a home run. Kevin Kiermaier followed that up with a single and reached second on an Anibal wild pitch. Kevan Smith then brought Kiermaier home on a hard hit single of his own to left center field. The Rays led 2-0 heading into the third inning.

Yarbrough cruised through his next two innings, only allowing a hit-by-pitch. In the bottom of the fourth inning the Rays got on two base runners but failed to score.

Yarbrough faced his greatest challenge in the fifth inning. Carter Kieboom and Luis Garcia started the inning off with a couple singles. A Victor Robles sacrifice bunt pushed the runners to second and third. Yarbrough responded by getting Adam Eaton to ground out softly and Trea Turner to pop out, assuaging the threat.

The Rays took advantage in the bottom half of the fifth inning. Austin Meadows led off with a single and stole second base, the Rays’ third steal of the game at that point. Mike Brosseau got hit by a pitch, Anibal balked and then walked Yoshitomo Tsutsugo to load the bases. Manuel Margot ended Anibal Sanchez’s night with a two-run single to center field. With Nate Lowe up, the Nationals moved to bring in a lefty. Even against the lefty, Nate drew the bases loaded walk to bring home a run, making the score 4-0. After an Adames strikeout, Kevin Kiermaier drove in two more runs with a single, pushing the lead to 6-0.

The Nationals were able to touch up Yarbrough for a run in the sixth inning. Juan Soto’s lead off double was followed by two ground balls, bringing in one run. Yarbrough’s night would end after the seventh inning, after Victor Robles bounced into a double play. In his first outing as a follower for the season, he put up a very good line. 5 ⅔ IP allowing 5 H and an ER with 5 Ks and no walks.

The Rays threatened a couple times through the rest of the game but didn’t push through anymore runs. As for the Nationals’ offense, Aaron Loup pitched a clean 8th inning. Ryan Sheriff loaded the bases in the ninth with two hits and a walk. Nick Anderson had no problems ending the game, however. He got Luis Garcia out in front of a quality curveball down in the zone and got Yadiel Hernandez to chance a curveball in the dirt for his two strikeouts. With those two strikeouts, Anderson secured his fifth save of the season and the Rays’ 6-1 win over the Nationals.

After getting swept in their two-game series in the nation’s capital last week, it was good to see the Rays take care of the last place Nationals this time around in the first game of this series. The win brings the Rays’ record to 31-17, keeping pace with the Oakland Athletics and Chicago White Sox in a tight race for the #1 seed in the American League. The Rays will take on Austin Voth tomorrow at 1 p.m., with the Rays likely to counter with Josh Fleming.

The Mediterranean Sea Is One Dangerous Place

iOS 14: How to get major iPhone update that adds home screen widgets, back tap and more