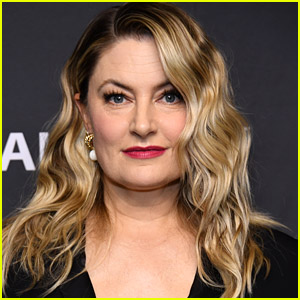 Mädchen Amick is opening up about her son’s bipolar diagnosis.

During a new interview with People, the Riverdale actress revealed what led to her son Sly Alexis, now 30, being diagnosed with bipolar 1, which was triggered by the death of a close friend in college.

Keep reading to find out more…

“He was a normal kid and got along great with teachers and coaches,” Mädchen shared with the outlet.

However, she then explained the death of his friend, which took place when he was just a freshman, affected him deeply.

“There was a lot of delusional thinking,” she recalled. “There was a lot of talk about things that just didn’t make sense, and also, he would admit things like it seemed like the phone was listening to him and the TV was watching him and very paranoid thoughts and feelings. Then just waves into mania, which would give him this larger-than-life personality.”

Mädchen then told People about the time when things had gotten so bad that she had to take him to the hospital.

“I tried to explain to the emergency staff what was going on, and they just kind of looked at him like another kid doing drugs,” she shared. “But they took him in overnight and they basically said, ‘He just seems like he’s got an addiction issue. You’re going to have to tackle that as a family.’ They discharged him a few hours later, and we took him home.”

Mädchen and her family remember knowing it was more than an addiction issue and sought out second opinions over the course of months, but there was no clear diagnosis for Sly.

“It was traumatic for him, for us,” the former Twin Peaks star added, saying that it was then in 2012 when he was finally diagnosed him with Bipolar 1.

“That’s when they said, ‘This is not an addiction issue, this is a mental health issue,’” she shared. “As scary as that was, it actually became a relief because now it had a name and there was some pathway to try to figure out what to do about it.”

David Alexis, Mädchen‘s husband and Sly‘s father, “There have been several times it felt like he wouldn’t make it and we were called to the hospital [for alcohol poisoning] to basically say goodbye,” his father says. “But he always fought to live and pulled through.”

It was just recently revealed that Riverdale‘s upcoming season will be it’s last, along with all these other CW shows.

New York constituents flooded the hallway outside George Santos' office in Congress, demanding he be removed from office: 'We're not being seen'