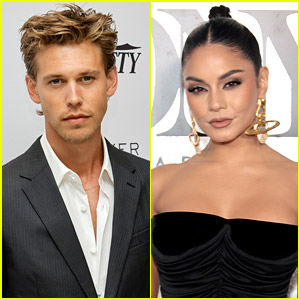 Austin Butler is giving credit where credit is due.

The 31-year-old recent Oscar nominee revealed in a new interview that it was his former girlfriend, Vanessa Hudgens, who urged him to go out for the role of Elvis in Baz Luhrmann‘s biopic.

Keep reading to find out more…

During his interview with the Los Angeles Times, Austin said that it was Vanessa who was manifesting his role as the King of Rock ‘n Roll.

“We’d been together for so long and she had this sort of clairvoyant moment and so I really, I owe her a lot for believing in me,” he said of Vanessa.

Austin then, when asked if the “friend” he referred to in a previous interview was Vanessa as well, confirmed it was her.

“That’s right. I was with my partner at the time,” he confirmed.

If you recall, Austin shared the story of Vanessa, aka the “friend”, during a THR round table interview.

“People always ask me, ‘Had you for years thought you looked like Elvis?’ And I’d say, ‘I don’t really think I look that much like Elvis.’ That never crossed my mind,” he said at the time. “But the month before I heard that Baz [Luhrmann] was making the movie, I was going to look at Christmas lights with a friend, and there was an Elvis Christmas song on the radio, and I was singing along, and my friend looked over at me and goes, ‘You’ve got to play Elvis.’ I said, ‘Oh, that’s such a long shot.’

Vanessa and Austin were linked together from 2011 to 2020. He is now involved with model Kaia Gerber.

'Almost $20K': Some Austin Energy customers to pay out of pocket for repairs

Cheap California: Where are the self-storage bargains?