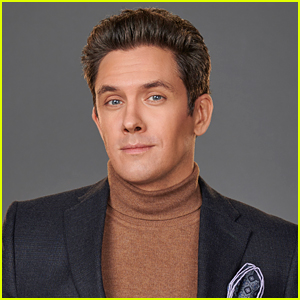 Earlier this week, Neal Bledsoe announced that he would be distancing himself from Great American Family following the viral and polarizing comments made by Candace Cameron Bure.

The 41-year-old Canadian actor had starred in Christmas at the Drive-In and The Winter Palace for the channel.

“My life wouldn’t be where it is today without the love, support, and guidance of the LGBTQIA+ community. From my mentors in college, to the myriad of agents and managers, writers and directors, teachers and colleagues, and, of course, my dear friends and family, who have all touched my life, I owe them a great debt,” he shared in his statement.

Neal added of Candace‘s comments, “The phrase ‘traditional marriage’ is as odious as it is baffling. Not simply wrong in its morality, it’s also a moot point, when you consider that most romantic movies don’t feature married couples at all, nor even weddings, but simply people meeting and falling in love. To describe that love and the full human representation of the LGBTQIA+ community as a ‘trend’ is also both troubling and confusing.”

After his statement and decision, many of Hallmark and other stars have praised his decision – which is a network he’s actually starred on before, and you will be able to check out his movies on there in the coming weeks!

JustJared.com has gathered up the times and dates of when Neal’s A Christmas Carousel and Coming Home For Christmas will be airing. Check them out below:

Her character, Lila, is hired by the Royal Family of Ancadia to restore their carousel as a surprise for the prince’s niece. As they work together to complete it by Christmas, they learn how similar they are and help each other realize what their hearts truly want.

A Christmas Carousel will air on Wednesday, December 14 at noon on Hallmark Channel.

In Coming Home For Christmas, Neal stars with Danica McKelllar.

Here’s the summary for that: Lizzie Richfield is at a crossroads when she lands a job as a house manager for the exquisite Ashford Estate in the Virginia countryside. While preparing the place for sale, Lizzie plans one final Christmas Eve gala for the Marley family, though they seem to be a family in name only.

Coming Home For Christmas will air on Hallmark on Monday, December 12 at 6 am.

Stay tuned for all the details on Neal‘s new CBS holiday movie, Must Love Christmas, which airs this weekend!