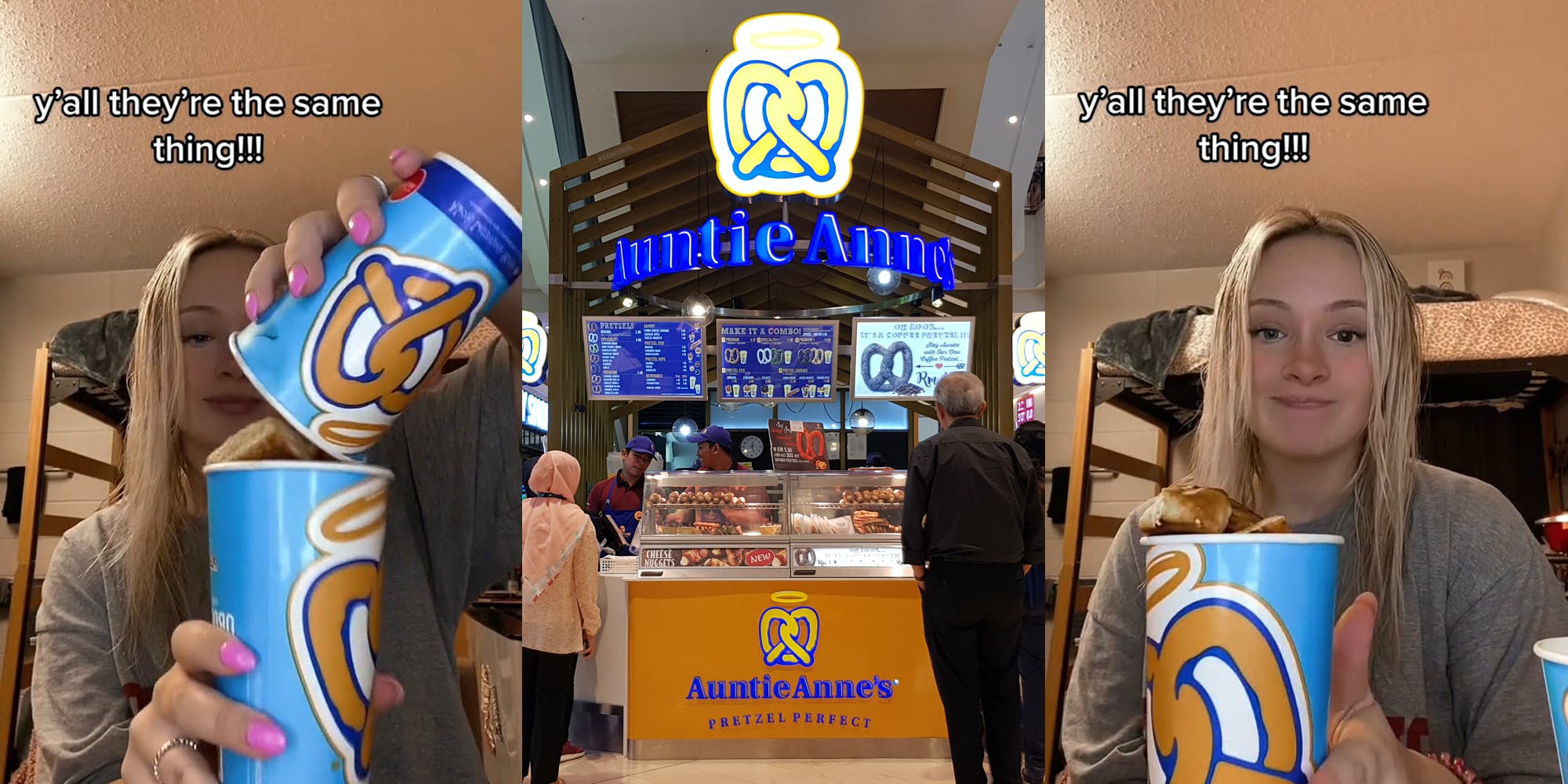 Auntie Anne’s is a chain restaurant known for its pretzels. While the store has a variety of pretzels and sides, one of its most beloved items is its pretzel nuggets: small bites of buttery pretzels served in a cup.

While the pretzel nuggets are offered in several sizes, a user on TikTok went viral after alleging those sizes might not be as different as they initially appear.

In a video with over 2.8 million views, TikTok user Margaret (@margaretgarvey) shows a small and large cup from Auntie Anne’s. The small cup is overflowing with pretzel nuggets.

She then pours the small cup of pretzel nuggets into the large cup, almost filling it to its brim.

“Y’all they’re the same thing!!!” she wrote in the text overlaying the video. In the caption, she added, “Pls buy the small and save your $2.”

In the comments section, many users spoke to the veracity of Margaret’s claim.

“I work there and yeah it’s like one nugget difference,” claimed one user.

“Literally i ordered a large and they dumped a small into a large right in front of me,” added another. “NEVER AGAIN.”

“As a former employee.. so true,” agreed a third.

“As someone who worked at auntie anns it’s literally maybe one or two extra bites in the large,” echoed a further TikToker.

Others claimed that their local Auntie Anne’s did away with cup sizes entirely.

“When did they start selling smalls and larges bc the one I worked at literally only did the small cup,” alleged a commenter.

“Mine only has one size,” stated a second.

“We all be getting scammed by sizes,” offered an additional TikToker.

A few users offered a solution.

“If they gaslight u into saying they only have larges out just ask them to pour the large one into a small one and they get real quiet,” claimed a TikToker.

The Daily Dot reached out to Auntie Anne’s via email and Margaret via Instagram.

Today24.pro
The Bermuda Triangle Explained The Sad Death Of Lisa Loring, The Original Wednesday Addams Things Discovered By Accident The Colors of the Desert - The Yellow Sahara Nature Documentary