WITH less than three weeks until we’re all sat around the tree, exchanging gifts, many of us are getting in the festive spirit.

But one savvy mum has tried something new this year, decorating her tree with a bargain bathroom accessory.

Sam regularly shares parenting tips with her 1,300 followers[/caption] Fans were divided on the final result – some called it ‘shocking’, while others thought it was creative[/caption]

Sam, known on TikTok as @samholtwick, regularly shares parenting tips with her 1,300 followers.

In her latest video, the crafty mum is seen using colourful body puffs to decorate her Christmas tree.

Although fans weren’t convinced by the addition of the bathroom sponge.

“Call me crazy but how have I not thought of this before?! 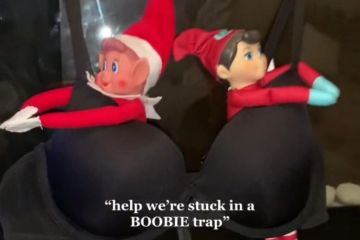 HAVE SOME ELF CONFIDENCE 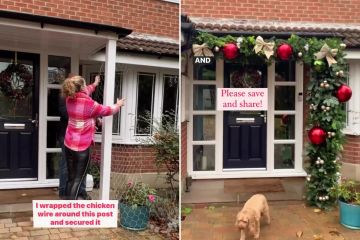 “When you want a Christmas Candy Theme tree but don’t want to pay a ridiculous amount.”

During the 16-second video, Sam is seen pulling at the body puffs to make them large and fluffy.

She then, using hot glue, secures a paper cone to one side of the body puff – this helps it stay in the tree.

At the end of her video, she shares her tree, decorated with pink, purple and orange body puffs.

Savvy shopper reveals four things anyone can do to save money

Similar puffs are available from various retailers, including Boots Pharmacy, with prices starting at just £1.

The video got plenty of attention online, gaining more than 199,000 likes and 3.5 million views.

Although Sam’s followers weren’t convinced by the budget hack, with one writing: “No ma’am. I don’t think anyone ever thought…. and thank God they didn’t.”

A third added: “Oh bless. At least you tried.”

But some did side with the savvy mum, with one commenting: “Am I the only one that actually thinks its a cute idea? Plus it’s not expensive, yet her kid seems happy. No need to crush spirits. It’s Christmas.”

Someone else wrote: “I wasn’t sure how that was going to turn out, but it’s actually so adorable! Super creative too!”

The Richest Beauty Gurus, Ranked from Lowest to Highest (& the Top 2 Are Worth Hundreds of Millions)

Galaxy hope to get further clarification regarding Julian Araujo soon