BRITS could get cheaper energy bills if they agree to have wind farms built in their local area.

The climbdown – first revealed by The Sun yesterday – means developments can get planning permission with the approval of residents.

The Communities Secretary confirmed he will look at giving people a discount on bills in exchange for accepting the wind farms in their backyard.

An announcement said the government will “seek views on developing local partnerships for supportive communities, so that those who wish to host new onshore wind infrastructure can benefit from doing so, such as through lower energy bills.”

Benefits staff to strike over Christmas - are your payments affected? 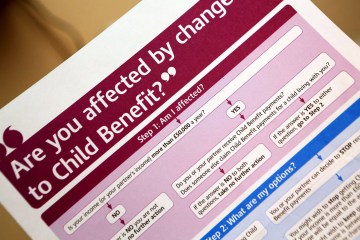 Warning to hundreds of thousands of families over child benefit bills

The move is a u-turn for Rishi Sunak who opposed erecting new turbines in his first failed leadership bid.

He buckled amid a growing Conservative revolt led by the last Housing Secretary Simon Clarke and backed by ex-PMs Boris Johnson and Liz Truss.

Mr Clarke last night said he was “really pleased to see a sensible agreement reached” that will “enable onshore wind to be delivered while enshrining the vital principle of community consent.”

It is the second climbdown in 24 hours after the PM caved to Nimby Tories by scrapping mandatory housebuilding targets.

Labour’s Lisa Nandy said: “Rishi Sunak and Michael Gove are in office but not in power.

“Fresh from rolling over to their MPs on housing targets, they are now being forced into this position because they’re too weak to stand up to another backbench rebellion.”

The consultation with communities and councils will launch before Christmas and wrap up before April next year.