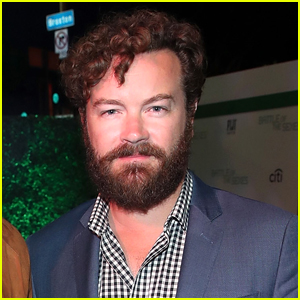 It looks like Danny Masterson will be retried on the three counts of rape in the new year.

Following the news that the former That 70s Show actor’s current rape trial ended in a mistrial after the jury couldn’t come to a decision, Deadline reports that a retrial is now set for March 27, 2023.

The six men and six women panel informed LA Superior Court Judge Charlaine Olemdo Wednesday afternoon that they are stuck. “After thorough and considerable discussion, it is clear that we as jurors are adamant about maintaining our individual positions on each of the three counts,” the jurors said in a letter read aloud by Judge Olemdo.

Danny is still looking at up to 45 years in state prison if found guilty from the accusations.

Following the verdict, Jane Does #2 and #3 released a statement in response.

“We would first like to thank the jury for its public service,” said Jane Doe #2, and Jane #3 in a statement along with others in the currently stayed civil case against Masterson and the Church of Scientology in a statement after the mistrial was declared.”

They continued, “We are obviously disappointed that, at least for the time being, Daniel Masterson has evaded criminal accountability for his deplorable acts. However, we are collectively resolved to continue our fight for justice, including in civil court, where we have alleged that Mr. Masterson, along with the Church of Scientology, its leader David Miscavige, and others conspired to systematically stalk, harass, and intimidate us when we sought to shed light on Mr. Masterson’s actions. This legal fight is far from over, and it is critical that we reckon with Scientology’s alleged role in covering up reports of abuse and threatening victims.”