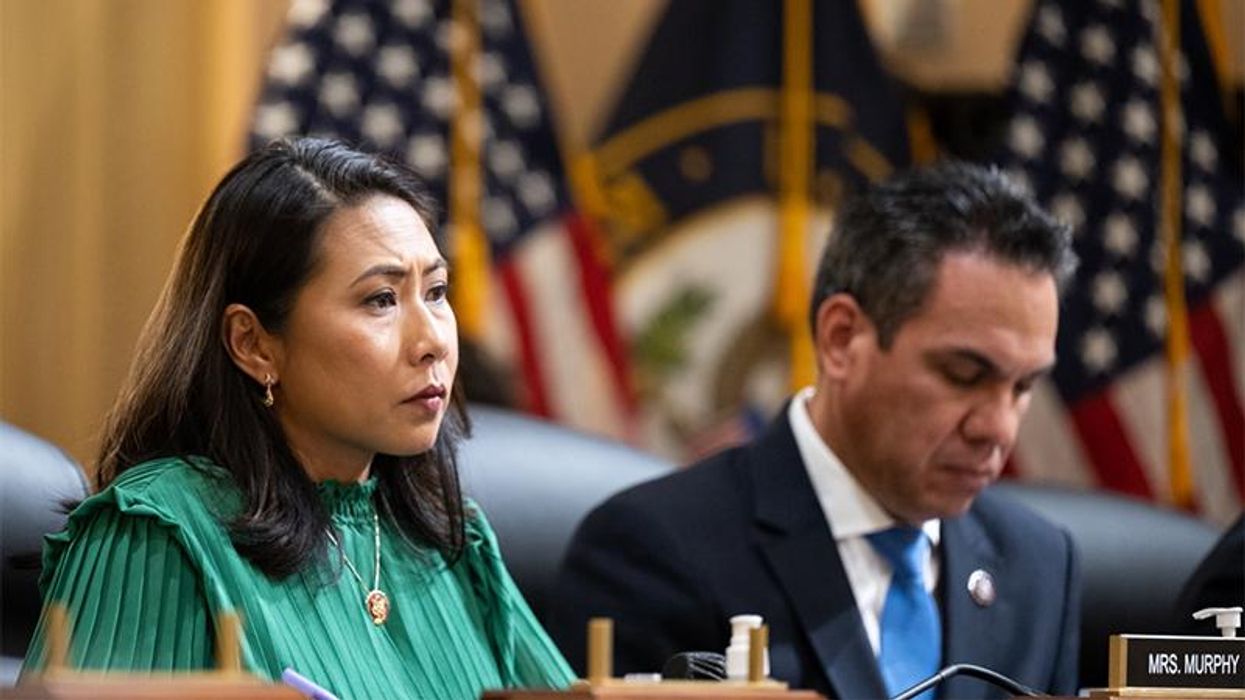 WASHINGTON — Rep. Adam Schiff (D-CA) spoke with Raw Story on Wednesday in the wake of the Oath Keepers verdict, saying that it was a "huge victory for the Justice Department and for justice."

Schiff, who began his career as an assistant U.S. Attorney, has served on the House Select Committee investigating the Jan. 6 attack on Congress and the attempt to overthrow the government. He explained that charges like sedition are no joke, as they carry with them the possibility of 20 years in prison.

"It also may cause some of the defendants in the Proud Boys to consider whether they really want to go to trial or whether they want to fully cooperate," he said.

Rep. Stephanie Murphy (D-FL), meanwhile, told Raw Story that she hopes that the guilty verdict of the Oath Keepers will deter future attempts to violently overthrow the government.

READ MORE: These 'three little words' could determine the fate of the entire Trump Organization: NYT

The last time someone was convicted of sedition was about a decade ago in a case involving a Christian nationalist militia group called the Hutaree. That charge was thrown out by the judge, however.

In the 1990s a blind Muslim cleric and 11 of his followers were charged with sedition after a plot was uncovered to bomb the United Nations, the Lincoln and Holland tunnels, the George Washington Bridge and a federal building.

"I'm grateful that the justice system metered out a punishment that fit the crime, so that not only did the perpetrators of the Jan. 6 of seditious conspiracy get punished, but also to deter people in the future from trying to interfere in our free and fair elections by using violence," said Murphy.

She went on to tell Raw Story that she doesn't expect this to be the end, but expects the Justice Department to continue "follow the facts wherever they may lead" and ultimately charge those involved.

Murphy explained that she has full faith in the newly appointed special counsel and expects him to use the information gathered by the House Select Committee as well as by journalists to get to the bottom of who was behind the attack. Schiff too said that his only hope is that the Justice Department will follow the facts wherever they may lead.

Just after winning his seat as the new Democratic Leader, Rep. Hakeem Jeffries (D-NY) echoed the hope that the Justice Department follows the evidence uncovered to its logical conclusion.

"Thankfully justice has been served," he told Raw Story outside the Capitol on Wednesday. When asked if he thought the DOJ should look higher up, he said simply had faith in the Justice Department and the special prosecutor.

Rep. Pete Aguilar (D-CA) called the sedition verdict "more support for the rule of law" under "a jury of his peers." Speaking at the Capitol, he too characterized it as "justice served" in a way that ensured "no one is above the law."

Rep. Steny Hoyer (D-MD), who isn't on the Jan. 6 committee but serves in the House leadership, characterized the insurrection as an act of "treasonous act." Calling the verdict "appropriate," Hoyer said he thought "there are many others who ought to be subjected to the same kind of sentencing." Raw Story asked if that meant people "higher up" should also be prosecuted and Hoyer agreed, "as high up as they go."

How to Watch February 5 NBA Games Online and on TV

What Nets’ Jacque Vaughn Revealed From Chat With Kyrie Irving

Today24.pro
The Colors of the Desert - The Yellow Sahara Nature Documentary The Bermuda Triangle Explained The Sad Death Of Lisa Loring, The Original Wednesday Addams Things Discovered By Accident