EMMERDALE star Danny Miller was knocked to the ground in an ugly brawl with a bouncer on a boozy night out.

The fight, which was reportedly sparked by homophobic comments, happened on the same day Danny’s I’m A Celebrity crown was handed over to new winner Jill Scott.

The soap star, 31, was caught on camera squaring up to security staff inside Skegness’s late-night complex The Hive before being shoved to the floor.

Onlookers claim the actor, who recently returned to the soap for its 50th anniversary, was sticking up for a pal who was targeted with “disturbing” homophobic abuse.

Security staff at the venue had intervened but were “unaware” Miller was “standing up” for his friend – and the situation escalated. 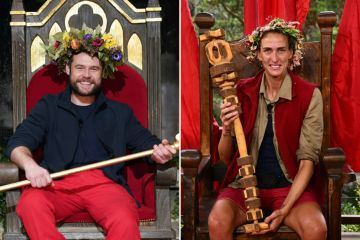 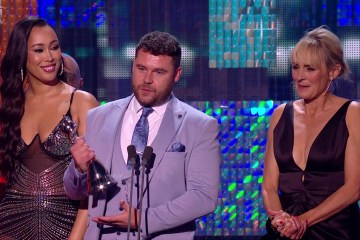 Quarry worker Brandon Driver, 20, was partying in the club and saw the situation unfold.

He said: “I was just out with some of my mates for the night and I was the only person to get out my camera quick enough to film what happened.

“I don’t know if [Miller] was injured. It was a hard slam against the wall though, and he did seem to hit his head.”

Fans had been speculating as to why Danny – who won I’m A Celebrity in 2021 – was not in Australia to crown Jill Scott.

Traditionally the previous I’m A Celeb winner crowns the latest champ, but Danny did not go to Australia for the new series.

It has since emerged he was in the seaside town for a meet and greet nightclub appearance and to turn on the Christmas lights.

He addressed his absence on his Instagram on Monday, posting: “Congratulations @jillscottjs8! What a worthy winner. You had the votes in our household.”

The Hive, which contains seven venues, said: “We are aware of the incident and the initial details are as follows.

“We stress that these are initial findings and investigations are still ongoing.

“Danny was in a booth enjoying the evening with some friends, some clubbers were allowed in the booth from time to time to take pictures with Danny.

“At some point a clubber who had come into the booth, was at first joking, but then became verbally abusive to a member of Danny’s party and made some very disturbing homophobic comments.

“The member of the party was clearly distressed and Danny tried to calm the situation down.

“The door staff proceeded to remove the offending individual but he continued to make homophobic comments.

“Some members of the door-staff team were unaware that Danny was in fact standing up for one of his party against homophobic comments and this sadly let to an unfortunate escalation of the situation.”

Fox News host puts Glenn Greenwald on the spot: 'Why did you sell out and become a right-winger?'

Cupertino mayor set to give State of the City address Feb. 15