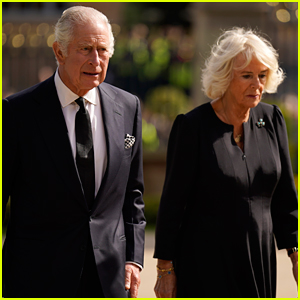 A woman who was apparently one of King Charles‘ “top team members” Lady Susan Hussey, who is also Prince William‘s godmother, has resigned from her position after allegations of racism were made against her.

It all happened on Tuesday (November 29) when the Palace and Queen Consort Camilla hosted an event to raise awareness and combat violence against women.

Domestic abuse activist Ngozi Fulani was in attendance in support of Sistah Space. The organization is a “community-based non-profit initiative created to bridge the gap in domestic abuse services for African heritage women and girls.”

Ngozi took to Twitter to express what happened while she was there, and wrote out her interaction with the aide who has now resigned.

The Palace then released a statement claiming they reached out to Ngozi.

The statement reads, “We take this incident extremely seriously and have investigated immediately to establish the full details. In this instance, unacceptable and deeply regrettable comments have been made. We have reached out to Ngozi Fulani on this matter, and are inviting her to discuss all elements of her experience in person if she wishes.

“In the meantime, the individual concerned would like to express her profound apologies for the hurt caused and has stepped aside from her honorary role with immediate effect. All members of the Household are being reminded of the diversity and inclusivity policies which they are required to uphold at all times,” the statement concluded.

However, reporter Nadine White, spoke directly to Ngozi today (November 30). In a tweet, Nadine wrote, “Ngozi Fulani tells me she hasn’t heard from palace/received apology after resignation of aide who made racially offensive remarks. Also: Says incident evidence of racism in royal family. Calls for anti-racism training to be rolled out across royal households.”

Prince William once responded to claims that the royal family is racist after Prince Harry and Meghan Markle gave their bombshell Oprah Winfrey interview.

Mixed feelings about yesterday's visit to Buckingham Palace. 10 mins after arriving, a member of staff, Lady SH, approached me, moved my hair to see my name badge. The conversation below took place. The rest of the event is a blur.
Thanks @ManduReid & @SuzanneEJacob for support???????? pic.twitter.com/OUbQKlabyq