HUNDREDS of burglars, sex offenders and violent cons will be held in police stations because crisis-hit jails are now FULL.

And taxpayers will fork out millions to house them – with each police cell costing at least £400 a NIGHT.

Prisons in the UK are now FULL[/caption]

The scale of the scandal was laid bare yesterday as Prisons Minister Damian Hinds told the Commons he had triggered Operation Safeguard.

It puts police chiefs on notice to let prisons use local nicks to house lags, with jails bursting at the seams.

Prison chiefs are likely to demand the use of around 400 cells at first – but more could yet be needed.

Last week there were 82,839 inmates locked up in England and Wales.

But the total number is understood to have now topped 84,000 – meaning there are simply not enough cells available.

Around 1,500 extra cons were banged up in the past two months alone, with the crisis at its worst in the north of England.

And those with mental or physical illnesses will also be given priority. 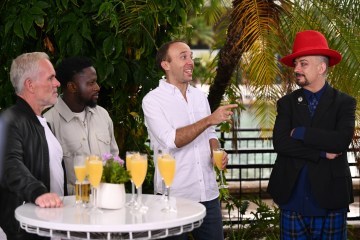 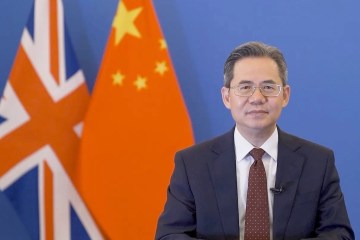 Those housed in police cells are likely to spend only 24 hours there before being found a space elsewhere.

Sources say the crisis has been caused by a huge backlog in the court system.

During the long-running barristers’ strike, remand prisoners alone soared by 1,700 as cases were delayed.

The number of cons recalled to jail has also surged.

And an increase in police officers has seen more arrests – and so more people going to prison.

Operation Safeguard was last triggered in 2007.

In 2006, then Labour Home Secretary John Reid was slammed after first using the tactic.

At the time jail numbers were close to 80,000 – a level experts then deemed dangerous.

But Mr Reid snubbed calls to use disused ferries as prison ships to solve the crisis.

A further 1,700 will be available when HMP Fosse Way, in Leics, opens next Spring.

A Ministry of Justice spokeswoman said: “Keeping the public safe and cutting crime by taking dangerous criminals off the streets remains our number one priority.

“We are experiencing an unprecedented increase in the number of offenders coming into prisons in the north of England, partly as a result of the impact of the pandemic and the barrister strike action over the summer months.

“The public would rightly expect us to take the action necessary to create the extra spaces we need, and so we are working with the police to use a small number of cells in the short term so we can continue to put offenders behind bars.”

Ramaphosa: South Africa Not Ditching Coal 'Just Like That'

Today24.pro
Dumb Things In Marvel's Phase 4 That Didn't Make Any Sense Marvel Projects Coming In 2023 We Simply Can't Wait For How to Fall Asleep in 60 Seconds (OR LESS) What has happened this MLB offseason? A look at all the moves made in the AL and NL Central.