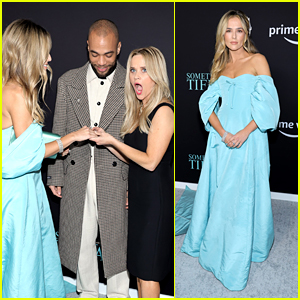 Reese Witherspoon had an epic reaction to Zoey Deutch!

The 46-year-old producer’s jaw dropped at the sight of Zoey‘s sparkling jewelry at the premiere of their movie, Something From Tiffany’s, at AMC Century City 15 on Tuesday night (November 29) in Century City, Calif.

Xochitl Gomez, Reiya and Riele Downs, Greer Grammer, Caylee Cowan, and Hayley Law also showed their support for the film at the premiere.

Something From Tiffany’s centers on a woman (Deutch) as her life gets upended when an engagement ring that was for someone else leads her to the person she’s meant to be with.

The movie will debut on December 9 on Prime Video. Watch the trailer here!

Poco X5, Poco X5 Pro 5G to launch tomorrow in India: All we know so far