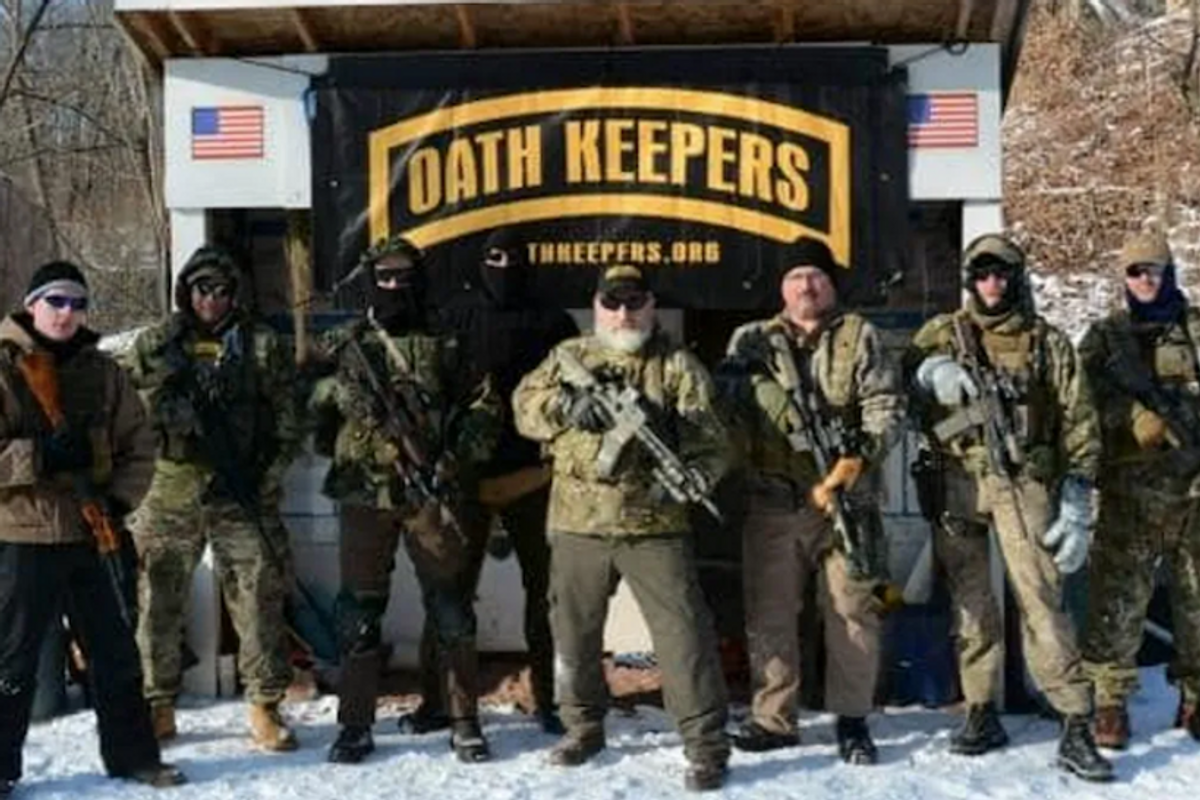 On Tuesday's edition of CNN's "The Lead," former Homeland Security official Juliette Kayyem broke down how the criminal conviction of Elmer Stewart Rhodes, leader of the far-right paramilitary group the Oath Keepers, is a devastating blow to his organization.

Rhodes was convicted of seditious conspiracy for his role in the January 6 attack on the U.S. Capitol, along with Kelly Meggs, in addition to several other charges against his fellow top Oath Keeper associates.

"What does this mean for other far-right groups?" asked anchor Jake Tapper. "Do you think this will be a deterrent?"

"Yes. Absolutely," said Kayyem. "Look, we can focus on the noise and people on Twitter and people being hateful and the potential violence, but what we need to look at is whether these organizations have a capacity to grow. And what we've seen since January 6th, and certainly because of this verdict, is their capacity in terms of whether their leadership is able to do it, are they able to raise funds, these organizations need fees to keep themselves going, to keep themselves online, to keep themselves organized. And whether they're able to recruit. All will be harmed significantly by this verdict. In particular recruitment."

"And so if you think of just the long-term trajectory of righ- wing extremist organized groups ... there's going to be the one-offs, violent people, hateful people online, but in terms of organizing and the capacity of these groups to organize, a huge hit today," said Kayyem. "These organizations are basically over. They may reform in other names, and we keep an eye on them, but nothing like what we've seen before because their capacity to grow has been severely limited. And Stewart Rhodes deserves to go to jail for a long time because of — because he led what the jury found to be a true conspiracy."

Exeter City star Jevani Brown, 28, charged with assaulting a woman as club suspends him from play

I spent $70 to dine in complete darkness in Madrid. Here's what it was really like.