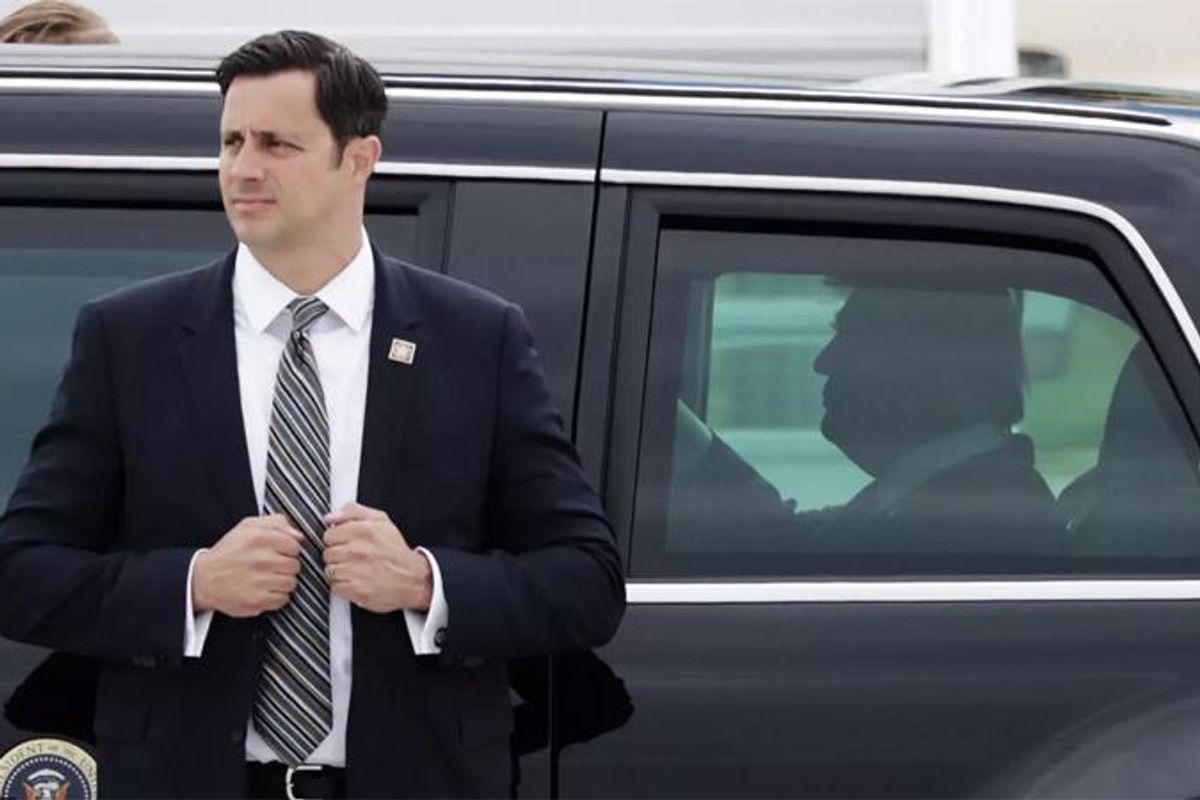 Speaking to MSNBC's Nicolle Wallace about the final interviews of the House Select Committee investigation the Jan. 6 attack and attempt to overthrow the 2020 election, Leonnig said that her sources are telling her that the questioning might continue on for another few hours.

The focus of the discussion is the testimony by Cassidy Hutchinson, the longtime aide to the chief of staff Mark Meadows who spoke out about the actions of Ornato as well as the Secret Service on Jan. 6.

"Did you tell Cassidy Hutchinson, were you told by Bobby Engel, that the president almost came to blows with his lead security agent over being told that he couldn't join the mob of supporters heading up to the Capitol?" Leonnig said, is one question she assumes is being asked. She also recalled that some of the protesters were armed with weapons, guns, batons, fire extinguisher extinguishers, and bear spray. So, Ornato is "also being asked a lot, Nicolle, about whether or not there were other elements of violence and the foreshadowing of violence that the Secret Service warned the president about in the hours before the actual speech that he gave at the ellipse."

Wallace noted that Rep. Liz Cheney (R-WY) had a theory that there was no real intelligence failure in Jan. 6, but rather the intelligence reached the Oval Office through Ornato, Homeland Security, DHS and the Secret Service, it simply didn't go beyond that. Leonnig agreed that it's among the things they're focusing on in the testimony Tuesday.

"I mean, why is it important that former president, then President Donald Trump was alerted that people likely had arms, that they had weapons, that they were concealing outside the rally?" pondered Leonnig. "The Secret Service knew that and shared that up the chain. Why is it important that Donald Trump was alerted to that, either by Ornato or his chief of staff? Because it goes to his state of mind, as he's calling that group a few hours later, to follow him as he marches with them to the Capitol."

She continued, saying that inciting people to be violent when he knew that they were armed could be the key piece in the Justice Department being able to link Trump to knowingly pushing the attack.

"The idea of taking people who plan to be violent, have warned ahead of their arrival that they plan to quote-unquote 'draw down on law enforcement' and 'attack the Capitol guard,' the idea that he would urge them and would join them on going to the Capitol tells you a little bit about what he hoped would happen on Jan. 6th," said Leonnig. "And that's pretty critical. It's also critical to understand how angry he was that he couldn't join his followers at the Capitol. I mean, that also goes to state of mind. Why was he so desperate to join a group of people, again, with firearms, with weapons, with them as he basically pressured his vice president not to accept the peaceful transfer of power and the legitimate election of Joe Biden as president?"

In the second half of the segment, Wallace also noted that one question about Ornato involved former National Security Adviser to the vice president, Keith Kellog, said of speaking to Ornato. Kellogg said that he knows how the Secret Service works and if they got Pence in the cars and out of the Capitol he'd be on his way to Alaska. Pence, at the same time, was being told to get in the cars but refused, saying that he too was worried he would be rushed from the Capitol. It has raised the question of whether that was part of the plan, knowing that Pence couldn't certify the election if he was taken out of the Capitol.

"Ornato denied having this conversation with Kellogg," Wallace noted. She then asked if she thought the Secret Service lied about their role in the things around the Jan. 6 plot.

"You know, I don't like to call anybody out as a liar unless I know that they intentionally gave false information, so I'm going to answer this question this way: the Secret Service over the history of the time that I've written about it and chronicled it and even back to [President John F.] Kennedy, has tried to avoid revealing information about presidents that were embarrassing or humiliating."

Her reporting throughout President Barack Obama's administration also proved that the Secret Service attempted to hide anything that was embarrassing or humiliating to the Secret Service itself as well as the agents. There were incidents that involved advance agents hiring prostitutes while on the job. A Mike Prence detail agent also spoke with a prostitute and was suspended after the fact. Another agent accidentally bumped a concrete barrier while intoxicated after hours. Some were found to have cheated on tests. Another was intoxicated during a bomb threat. There were allegations of sexual misconduct as well. The Secret Service was also attacked for several years as people continued to jump the fence at the White House and attack the president or his family. It was only after Donald Trump took over that the new fence was installed that was taller and more difficult to scale.

While there are years of the Secret Service staying quiet over embarrassing presidential affairs like Bill Clinton or Kennedy, in the case of other officials like Mike Pence or Barack Obama, it was the agents themselves that were trying to protect their own careers. In the case of Donald Trump, there are questions of whether the Secret Service was complicit, or involved, in an attempt to overthrow the government and then obstruct justice by eliminating evidence. Officials at the Pentagon, Homeland Security and all of the Secret Service had text messages from Jan. 5 and 6 that disappeared.

"The Secret Service over and over again conceals information that it could view as basically outing a president of information that's dangerous or inculpatory," Leonnig said, referring to Donald Trump's Jan. 6 involvement. "And the likelihood that Keith Kellogg made this up, compared to someone else saying they didn't recall it, it is low. I think one of the reasons Cassidy Hutchinson's testimony was such a blockbuster and while Keith Kellogg's testimony also sort of still hangs there over this whole event, is that both individuals don't have the motive to exaggerate or to shade or to gussy up. Cassidy Hutchinson was extremely careful in her public testimony. We haven't seen Keith Kellogg's public testimony, but in her testimony, she repeatedly said, here's what I saw, here's what I heard. Here's what so and so told me."

Those are the kind of witnesses in criminal trials that jurors pay attention to, Leonnig continued. Ornato may have compelling testimony to explain why Hutchinson was wrong or misunderstood him, but saying, "I don't recall that," isn't going to do it.

See the full segment below:

Group: 1-in-5 U.S. adults will bet on this year’s Super Bowl