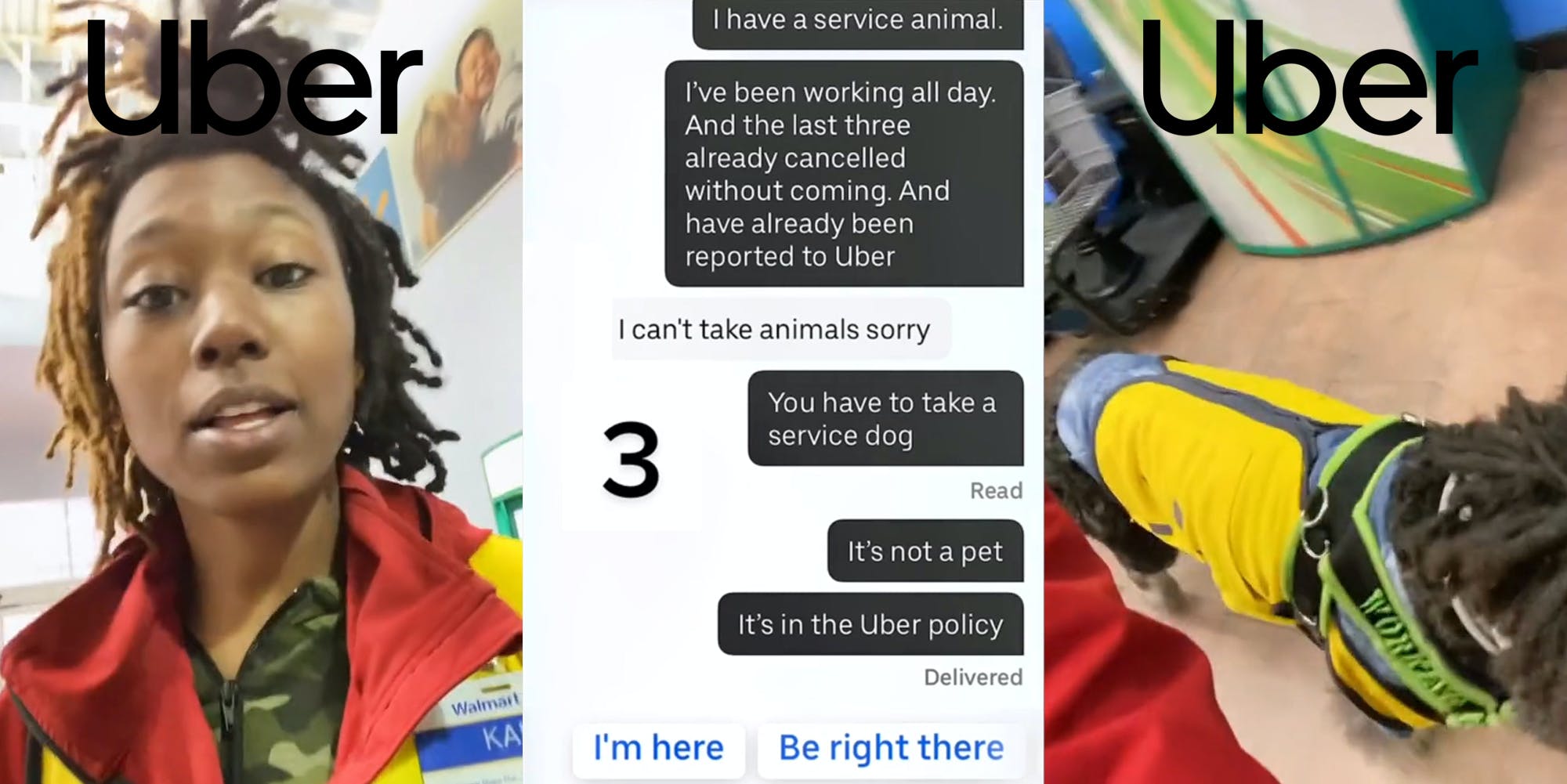 Many people with disabilities utilize service animals in order to help them navigate everyday life.

While many are familiar with guide dogs for blind people (so-called ‘seeing eye dogs’), numerous other disabilities can be assisted with the help of a trained service animal.

According to Service Dog Certifications, multiple sclerosis, sensory disabilities, ALS, cerebral palsy, various mental disabilities and more are all valid reasons for one to require a service animal.

While the American with Disabilities Act has validated this practice and laid out a strict set of rules defining what does and does not count as a service animal, as well as how service animals should be regarded by businesses, those utilizing service animals can still face discrimination.

One area where this is very apparent is rideshare. While both Uber and Lyft note that drivers are required by law to accept customers with service animals, in practice, this is not always the case.

In a video with over 26,000 views, TikTok user Kai Brunner (@the_windy_alien) says they were rejected three different times before an Uber driver picked them up.

In a follow-up video, Brunner reveals that the same thing happened again soon after.

In a Facebook direct message exchange with the Daily Dot, Brunner says this kind of discrimination is common.

"Almost every ride I call I have a problem or am canceled on," they wrote. "It’s not only Uber that does this to me though. Bus drivers have [driven] by me or denied me access as well."

Brunner continued by noting that rideshare apps can do more to educate their drivers.

"I’d like to see more education on the two questions they can ask for service animals and their rights as a driver. Some drivers do have severe allergies, and I feel it’d be unfair to force them to drive in discomfort (plus it can become unsafe). so maybe exceptions for them too with medical documentation," Brunner wrote. "Also if Uber had something like a short policy refresher pop up that highlights the important points of driving with them it could help."

On TikTok, commenters sympathized with Brunner, with many sharing similar stories.

“I use Lyft and do not tell them about my guide dog. If they pull up and Leave report them,” one user wrote. “I had more success with Lyft then Uber for taking my dog.”

“I had 5 and just felt unsuccessful so I quit,” another said.

“I wouldn’t want dogs in my car either, but it’s literally in the contract they signed up for,” another user explained.

Some noted that rideshare services offer a pet-friendly option. However, as other users retorted, animals like Brunner's are not pets; they are assistants for those with disabilities.

As one user put it, “The point is... A person cannot be denied service for having a working animal with them. It's discrimination.”

"Service animals are an important part of their handler's lives. They go through years of training, with many not making it as a fit. Most handlers don’t want to a furry 'babysitter' (as I affectionately call mine), but without them, we can’t function with some normalcy," Brunner shared over Facebook Messenger. "Please be kindhearted and keep us safe. You can do your part by keeping pets out of non-pet friendly places (i.e. grocery stores, retail, restaurants), not distracting or disturbing a service animal, following local laws and regulations, and always address the handler first. We’re people too."

We’ve reached out to Uber via email.