Welcome to Layup Lines, our basketball newsletter where we’ll prep you for a tip-off of tonight’s action, from what to watch to bets to make. Subscribe here to get it delivered to your inbox every afternoon

What’s happening, people? It’s Sykes, once again, with another edition of Layup Lines to usher you into the weekend. Hope that Thanksgiving turkey was amazing.

I want to talk a bit about the MVP race so far. Obviously, it’s still early. We’re nowhere near deciding who could potentially be the NBA’s MVP so far. But I think, with how crowded the races has been, this is a good question to ask.

And that question is how low can the win threshold get for an NBA MVP?

Typically, the MVP goes to the best player on one of the best teams in the league. That’s always been the tradition. But, obviously, that’s changed quite a bit over the last few years.

Nikola Jokic won MVP last year on a 46-win Denver Nuggets team that won the 6 seed. A few years before that, Russell Westbrook won it on another 46-win team by averaging a triple-double and being one of the best players in the clutch we’ve ever seen. That was the lowest win total for an MVP’s team since Moses Malone won it with the 46-win Rockets in 1981-82.

But can things go even lower? With the way things are shaping up, that might be something that has to be considered down the line.

Just take a look at the NBA’s MVP ladder today. Luka Doncic is at the top on a 10-seeded Dallas Mavericks team that sits just one game over .500. Stephen Curry isn’t very far behind in 5th on a team that is one game below .500. Anthony Davis is in the top 10 despite playing on a team that doesn’t look like it’s close to being playoff ready.

There are plenty of other candidates to choose from. If you want to go with the best player from the best team, Jayson Tatum looks like he’ll be more than worthy of taking home the award. You’ve also got Giannis Antetkounmpo and Donovan Mitchell within range.

But it’s hard to argue against Doncic’s case at this point. He’s already scored 40 points 4 times this season. There’s no team that depends on their star more — he’s got a usage rate of 38.5%. Yet he’s still crushing every advanced metric out there and giving historic performances every single night. You could say much of the same about Steph Curry, too, on the Warriors end.

Again, it’s still early. A lot of this will correct itself. But the thought exercise of “would a player on a 42-win team be worthy of an MVP?” seems to certainly be worth entertaining right now with the way things stand.

Some NBA goodness from around the USA TODAY Sports network.

Zion Williamson knows the vibe for Thanksgiving. Obviously, he’s had issues with his weight before and that’s led to a ton of memes and jokes about him as well as speculation about how seriously he takes his job.

So when he was asked about what he was going to eat for Thanksgiving, Zion did not bite. Pun intended. My colleague Charles Curtis has more.

“If he were to tell the world about his favorite Thanksgiving food — something that divides the country, from turkey (is it overrated?) to side dishes (just ask us after our Thanksgiving food draft earlier this week) — he would be trending for all the wrong reasons.

So Williamson, when asked on Wednesday night, made the right call.”

Good on Zion. Hope he had a great Thanksgiving.

(All odds via Tipico.) 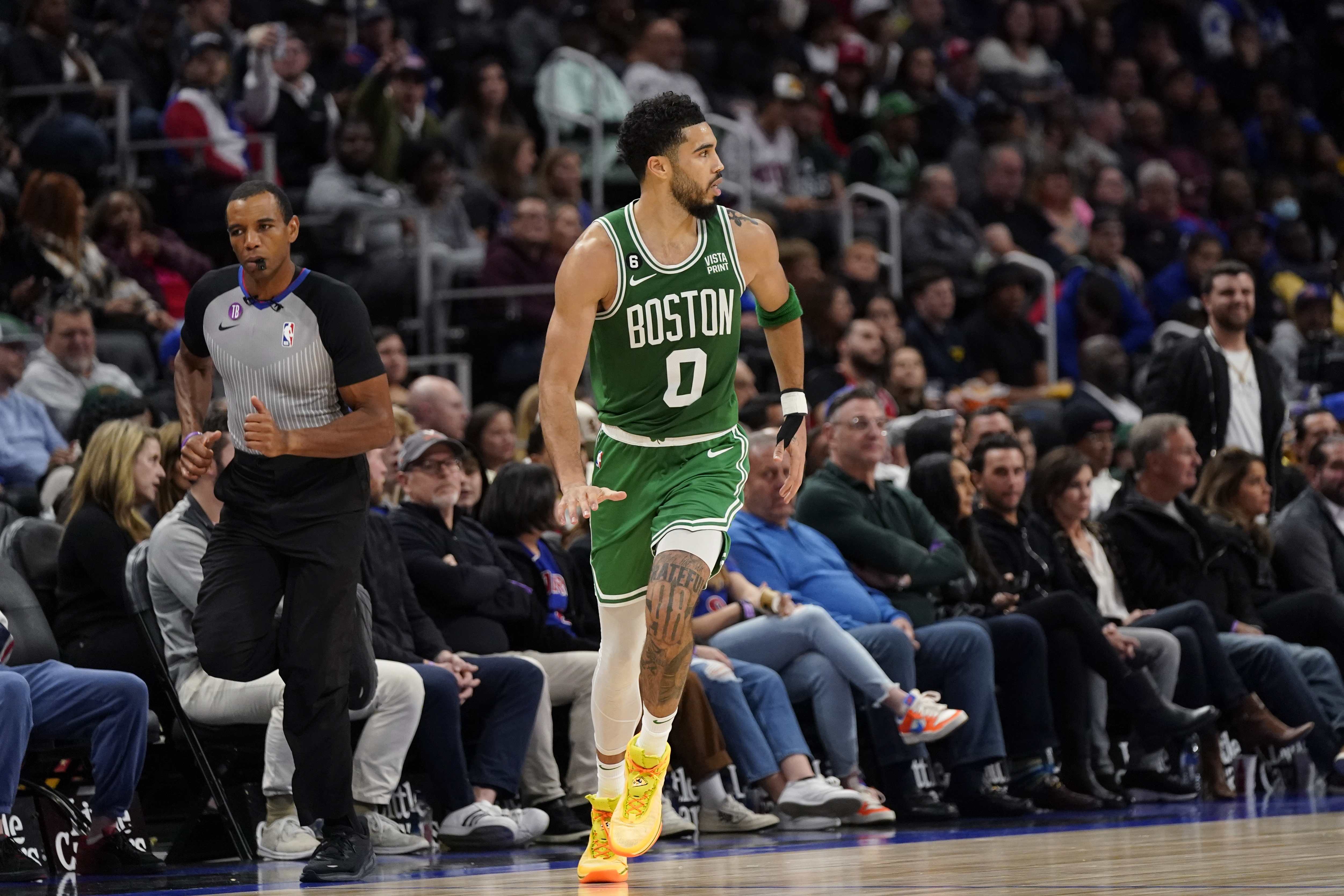 I know, I know. Kings-Celtics doesn’t really seem like it’ll be a good one. But don’t get it twisted — the Sacramento Kings are very, very good. These are the two hottest teams in the NBA right now with the Kings being 8-2 in their last 10 and the C’s being 9-1. They’ve got the two best offenses in the league by a mile. A whole lot of points will be scored in this one. Take the over.

— It’s probably a good time for Jaylen Brown to chill.

— Shai Gilgeous-Alexander is going to make a lot of Michael Jordan fans mad with this one.

— A lot of teams have had some chaotic starts to the year. Here’s how they’re doing so far

Jordan Turpin worried her nightmare 'would never stop’ even after escaping her abusive parents’ ‘House of Horrors’ with her 12 siblings. Nearly 1 million TikTok followers and a modeling contract later, she’s finding a purpose.