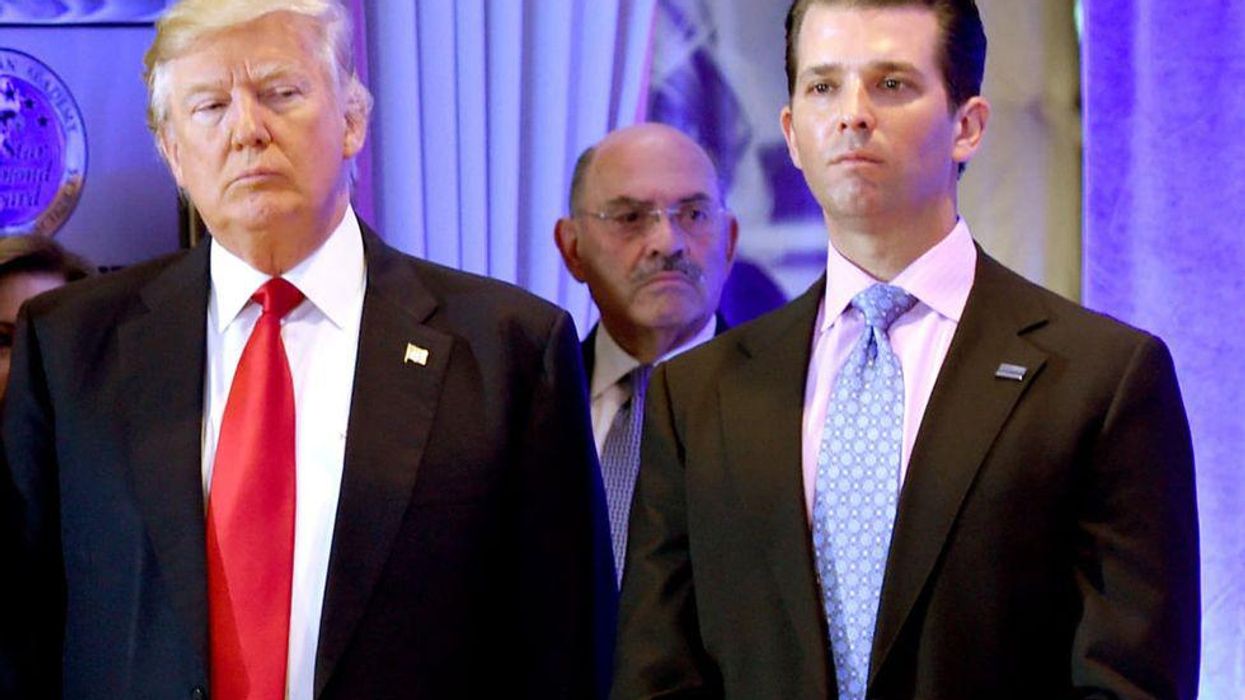 The trial of the Trump Organization in New York civil court on Tuesday took a fascinating twist on hours before Donald Trump's major announcement at Mar-a-Lago.

"In public, disgraced Trump Organization chief financial officer Allen Weisselberg lost his job after getting indicted for cheating on his taxes. But in private, Weissleberg kept doing the same work and retained his seven-figure salary," The Daily Beast reported. "Testifying under oath for the first time at the company’s criminal trial on Tuesday, Weisselberg shocked the courtroom by admitting that he’s essentially kept living life as normal after everything seemed to come crashing down last year."

Also on Tuesday, it was revealed that Weisselberg's top lieutenant, Jeffrey McConney was still being paid $450,000 by the Trump Organization.

"On the stand, Weisselberg testified that he still shows up to work in Midtown Manhattan, where he personally advises Eric Trump on prospective business deals, analyzes new mortgages, leases office spaces, and oversees company cash management," The Beast reported.

"The arrangement calls into question whether Weisselberg will be helpful to the DA’s office, which is trying to use him as a star witness to nail the Trump Organization for running its operations like a lawless zoo—paying its executives with untaxed benefits and creating a no-show job for Weisselberg’s wife," The Beast reported. "The only demotion Weisselberg appears to have actually suffered was literal, as he got bumped from Trump Tower’s executive offices on the 26th floor down to the boring 25th."

Today24.pro
Crypto Lender Matrixport Raises Valuation to $1.5B Despite FTX Collapse ‘How many Uber drivers does it take to pick up a disabled person?’: Disabled person says 3 Uber drivers canceled on them because of their service dog Billionaire investor Howard Marks touts a bargain boom as interest-rate fears grip markets - and predicts a surge in companies going bankrupt One of The Greatest Britons in History - Joe Calzaghe