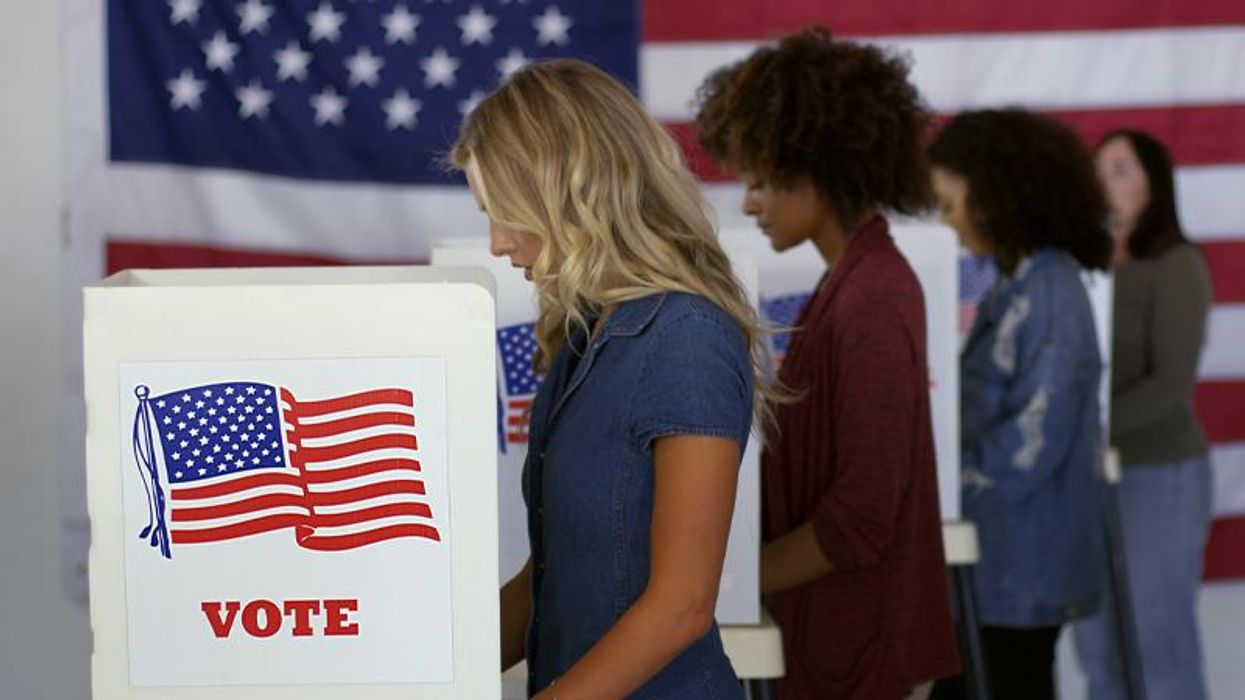 In an article published by The Bulwark on November 14, Never Trump libertarian and conservative journalist Cathy Young slammed MAGA Republicans who are blaming single women for the outcome of the 2022 midterms.

After a disappointing election, many Republican pundits have taken to blaming unmarried women and young voters for the lack of the “red wave” they were expecting.

A viral example of this type of thinking came from conservative FOX news host Jesse Waters discussing the exit polls following the midterms. Watch below:

After the heavily predicted "red wave" in the 2022 midterm elections turned out to be an illusion, it was really no mystery why Republicans failed to capitalize on the political tailwinds that — according to conventional wisdom and political history — should have given them much bigger wins.

Blame Donald Trump and Justice Samuel Alito, for the one-two punch of inciting an insurrection (which was wildly unpopular) and overturning the right to abortion (which was highly popular). Americans, it turns out, are protective of democracy and their basic human rights and turned out in huge numbers to vote for Democrats or, more precisely, to vote against Republicans, who are a threat to both.

The smart thing for Republicans to do is clear enough: Stop stoking Trump's election lies and scale back the tsunami of racism, sexism and homophobia currently fueling their party.

But there's no chance that will happen, of course. Let's remember that Republicans also flirted with moderating their message after losing the 2012 election, only to go in precisely the opposite direction by nominating Donald Trump in 2016. Looking inward and engaging in self-reflection is the antithesis of everything the modern GOP stands for. So instead, the right is looking outward for someone besides themselves to blame, and they've landed on a favorite scapegoat: Single women. Worse, in blaming single women for their own political failure, conservatives are wallowing in a ludicrous conspiracy theory based on the premise that having an "F" on your driver's license renders you incapable of autonomous thought.

Yes, it's true: Republicans are big mad that single women voted for Democrats, and their explanation for this is that Democrats of brainwashing those hapless, unfortunate women who don't have husbands to make their decisions for them.

Fox News host Jesse Watters, in the most viral example of this talking point, said that "Democrat policies are designed to keep women single" and implored male viewers to get the ladies under control: "Guys, go put a ring on it." How male Fox News viewers are supposed to talk these unruly Democratic-voting women into marrying them was left unexplained, although Watters has previously hinted at the usefulness of coercion when it comes to romance.

While Republican politicians have generally been a bit more circumspect in their language, Sen. Josh Hawley of Missouri tipped his hand on a not-that-subtle endorsement of this conspiracy theory, retweeting conservative sociologist Brad Wilcox — who prominently drew attention to single women's Democratic leanings — complaining that "fewer adults are opening their hearts, lives, and minds to marriage and children."

In the real world, of course, what's going on is painfully simple. Single women are a constituency that benefits enormously from equal pay, equal education and reproductive rights. (Married women benefit from these things, too, but a lot of them are cross-pressured to keep the peace with Republican husbands, and/or are voting their resentments toward their single counterparts.) Understanding that they have a built-in advantage with single women, Democrats have constructed a platform designed to appeal to them.

But accepting that straightforward narrative means accepting the radical notion that women have minds of their own. That will clearly never do in the GOP universe. So a nefarious and unnecessarily complicated conspiracy theory must be created that reimagines basic constituent appeal as manipulation and brainwashing.

As with most accusations made by Republicans, the claims that Democrats somehow "control" women are pure psychological projection. It's pretty obvious that Republicans are the ones who want to control women, and when they start talking about "incentivizing" marriage, what they really mean is various forms of coercion. Stripping women of reproductive rights and economic equality is about trying to create a society where women feel they have to get married in order to survive, or at least to have any financial security. As a not-so-hidden bonus, a woman who is financially dependent on her husband is likely to feel even less room to disagree with him politically or vote her own conscience.

In fact, the theory that Democrats are brainwashing women into staying single is directly linked to the "great replacement" conspiracy theory, a white supremacist fiction proposing that liberal "elites" are somehow "importing" people of color to "replace" white conservatives. In both cases, the presumption that people who are not white men are lesser beings, incapable of independent thought.

As with the Big Lie, this is all about Republicans telling themselves that entire groups of Americans are not legitimate voters or citizens, and don't deserve a say in government. Conservatives' bitter retreat into this conspiracy theory after their disappointing midterm results strongly suggests that the Republican Party has no inclination to moderate anything about its policies or messaging. Instead, we can expect the right to double down on the fascistic assumption that people like them are the only real Americans, and nobody else gets to vote.

GOP Should Feel Confident as It Looks to 2024 Senate Map

Christine McVie, singer and songwriter for Fleetwood Mac, dead at 79

Today24.pro
I make $1,000 a month by promoting Amazon products on social media. It only takes 5 hours per week — here's how I set up my side hustle. LAMB BUTTER Will Melt in Your Mouth! Ancient Food on the Silk Road! One of The Greatest Britons in History - Joe Calzaghe Billionaire investor Howard Marks touts a bargain boom as interest-rate fears grip markets - and predicts a surge in companies going bankrupt