MARTIN Lewis has revealed how Brits can get up to £200 free in time for Christmas by simply switching banks.

The money-saving expert urged people feeling the bite of the cost of living crisis to cash in on the hack ahead of the festive period.

He told viewers of The Martin Lewis Money Show Live they could bag hundreds of pounds for free by taking advantage of the promotions.

Martin also advised fans to avoid dishing out swathes of presents to loved ones this year as families feel the pinch.

The presenter warned people to avoid “creating a lust list” ahead of Christmas in the hopes of achieving a magical day.

He said: “Please don’t do that – its likely to lead to debt and disappointment. 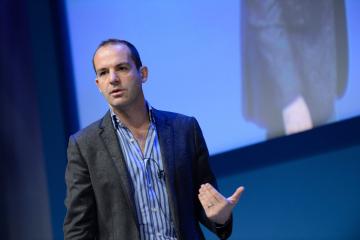 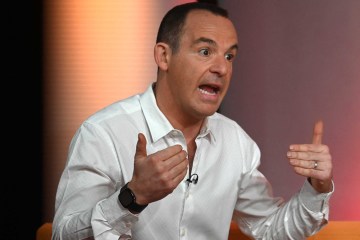 “Work out how much money you have and find the best way you can do Christmas while affording. it- do not ruin your life for Christmas!

“Amid the cost of living crisis, I would ask we all try and think about gifting someone – ask yourself truly, is my gift a help or hindrance?”

The 50-year-old broke the process down for Brits as part of his Christmas preparation special on Tuesday.

Martin said: “We have a hot range of bank account deals at the moment. This is for newbie bank account switchers.”

He explained customers must switch using the official switching service (CASS) and have to pass a credit check to be eligible for the offer.

The money-saving marvel told viewers they needed to act now to bag the cash before the Christmas period completely kicks in.

He continued: “It usually takes seven working days to switch, so in reality that’s around 9 or 10 days, they will close your old account for you.

“They will automatically shift over the direct debits and standing orders and any payments will be auto-forwarded to your new account for three years.

“But clearly let people that are paying you know your new account details as soon as you can.”

Starting with the “standout”, he told how opting to change your account to a Nationwide Building Society FlexDirect can earn you £200.

Martin added: “The customer service rating is pretty good there.

“It’s also paying quickly – after your switch is complete, it then pays within ten days of the switchover, provided you meet the terms and conditions.”

By his calculations, Martin says if you switched by tonight or tomorrow you could have the funds in your account by December 5.

But to qualify for this, you have to commit to paying in a minimum of £1,000 each month and transfer with two active direct debits.

Next up is HSBC’s UK Advance account, which is also offering customers £200 when they switch.

Brits can take advantage of their 3% interest on up to £10,000 with a linked savings account, which Martin says is a “pretty good deal”.

The sum could swoop into your bank account by December 15, if you meet the terms and conditions.

To qualify, you just have to make a one-time payment of £1500 into the account and at least two direct debits or standing orders.

Martin’s last recommendation was for First Direct’s 1st account, which is giving switchers £175.

Despite the reward being slightly less, the presenter explained it has a “top customer service rating and has done for many years.”

The bank is bolstering the deal with an ongoing 0% overdraft and a 3.5% linked regular saver.

If you switch now, you should get the cash just in time for Christmas on December 23.

If you love your bank accounts, stick with it but if you don’t love it, why not get paid to ditch and switch?

To qualify for that, you just need to have £1,000 go into the account which you can then take out.

Martin added: “If you love your bank accounts, stick with it but if you don’t love it, why not get paid to ditch and switch?”

He claimed 81% of his viewers who had already switched said the process was hassle-free.

But he warned people to due their due diligence before changing banks and added that constant switching can negatively impact your credit score.

According to MoneySavingExpert, you simply open a new account with your chosen bank then request a switch through the Current Account Switch Service (CASS).

You’ll usually be asked during the application if you want to switch if both banks are signed up to CASS.

Then your old account will be closed and your money, direct debits, and standing orders will be moved to your new account.

Changing accounts is a good time to cancel standing orders that you no longer need.

Also, make sure you’ve saved a copy of your transaction history and bank statements.

Once your old account is gone, all data will be deleted.

How can Republicans win? Gingrich has 'leftist' advice

Today24.pro
Marin commercial property sales sapped by interest rate hikes The Darkest Secret and Tragedy of Edwin Valero Sam Bankman-Fried could face extradition from the Bahamas to the US: Here's how, legal experts explain Anthony Joshua returns to America in search of new coach ahead of boxing return and links up with trainer Virgil Hunter