TYSON FURY fears he may be boxing towards his FIFTIES and is on course for his first loss as his boxing addiction grips tighter than ever.

The 34-year-old WBC heavyweight champion has toyed with retirement so frequently that nobody took seriously his most recent April vow, after the brilliant Wembley KO of Dillian Whyte.

And he now wants to fight three times in 2023 — after dealing with Derek Chisora on December 3 at Tottenham’s stadium — and has given up giving up.

The father-of-six reckons his career is headed down the same long and winding road as Panama legend Roberto Duran, who finished his iconic career as a 50-year-old super-middleweight.

Fury told Carl Frampton for BT Sport: “I can’t quit. I am going to be like Roberto Duran because I don’t know anything else.

“I am going to mess up my undefeated record because it means nothing to me anymore. 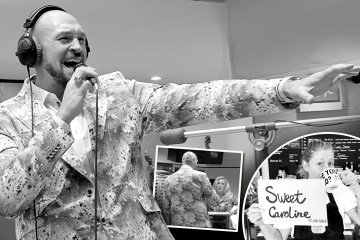 GOT A RING TO IT

“I used to think being the undefeated heavyweight champion, like Rocky Marciano, would have floated my boat.

“But now I know why all the greats get hurt — because they never let it go.

“How many times can you play with fire before you get burned?”

Fury insists Anthony Joshua’s shock decision to reject his chance of a voluntary title shot is the end of their “non-rivalry”.

But the Gypsy King is open to a clash with AJ’s two-time conqueror Oleksandr Usyk in March.

He said: “If the Usyk fight can be made, and they actually want that fight, then that’s the fight I would like next and that would happen in Saudi Arabia.

“The future is bright and I am going nowhere.”