Three Lions supporters were stunned to find they face paying £11.57 for a 500ml glass of US sponsor Budweiser lager.

Not only is that just 0.88 of a pint, but Fifa — who set the price — said there would be a “maximum purchase of four Budweiser units per person” to prevent bingeing.

There will be an alcohol-free version served up in the dry ­Muslim state, but even that will cost £6. Water is £2.30.

And England’s following will not be the only ones hot under the collar. 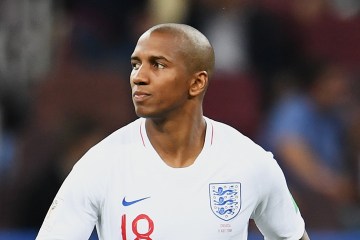 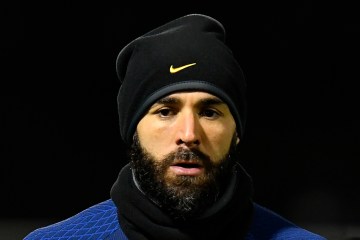 Benzema leaves training after just 15 MINUTES, but France claim it was planned

The players, captained by Harry Kane, looked happy and relaxed as they touched down at in Doha’s Hamad International Airport at 7.56pm local time.

They made the seven-hour flight in Virgin Atlantic’s Gay Pride Airbus, dubbed Rain Bow, to back gay rights.

But cabin crew bowed to Qatar’s cultural sensitivities by opting not to wear the airline’s gender neutral uniforms.

An hour and a half after landing, the squad arrived at their five-star Souq Al Wakra Hotel base, on the coast south of the capital.

They were among tens of thousands of expats believed to be living in the region.

The players had already been cheered by crowds lining their route from their St George’s Park training base at Burton-on-Trent, Staffs, to Birmingham airport.

The night before, FA President Prince William had given them a royal send-off with a surprise visit during which he handed them their squad-numbered shirts.

Despite having split loyalties since becoming Prince of Wales, he told them: “What you and Gareth have built here is something special — that’s clear to see.

The team faces training this afternoon in desert heat of 32C[/caption] The previous night, Prince William had given them a royal send-off with a surprise visit[/caption] The Prince handed the 26-man squad their numbered shirts[/caption]

The players, in comfy blue hooded tracksuits, looked relaxed and confident as they climbed the steps of their plane.

Beer fan Gus Hully has a brew from each of the 32 World Cup nations, including dry Qatar and Saudi Arabia, thanks to pals across the world. Cheltenham Town fan Gus, of East Finchley, North London, reckoned toughest to source was La Gazelle lager from Senegal.

He said: “I managed to get a Russian fella living in Italy to bring me one back from holiday there.”

The squad made the seven-hour flight in Virgin Atlantic’s Gay Pride Airbus, dubbed Rain Bow, to back gay rights[/caption]
Минск

AI Lawyer Has A Sad: Bans People From Testing Its Lawyering After Being Mocked