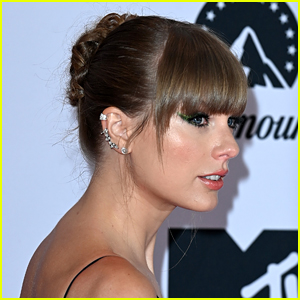 Taylor Swift is speaking out in response to receiving four Grammy nominations at the upcoming 2023 Grammy Awards and she seemingly is responding to the Ticketmaster drama too.

The Grammy nominations were announced in the middle of a nightmare situation for Taylor‘s fans, who were trying to get pre-sale tickets for the Eras Tour amid technical errors happening on Ticketmaster.

The company paused pre-sales and kept fans in waiting rooms for hours. West coast pre-sales were delayed by five hours. Read the statement they released to address the issues.

Taylor began her statement, “So many reasons to lose my damn mind today but… All Too Well 10 is the song I’m the most proud of, out of anything I’ve written.”

We’re assuming she’s losing her mind over the Ticketmaster drama, just like all of her fans.

Taylor continued, “The fact that it’s nominated for Song of the Year at the Grammys, an award I’ve never won, that honors the songwriting… it’s momentous and surreal. Just got off the phone with Liz Rose, my co-writer on ATW, and reminisced about how we started writing together when I was 14. She believed in me then and we are nominated together now. It’s just so cute I can’t cope. I want to ramble about the magic and mystery of time and fate and reclaiming my art but instead I think I’ll go scream for ten minutes straight. And think about how this wouldn’t have happened without you.”

Taylor is nominated for Song of the Year and Best Music Video for “All Too Well (10 Minute Version),” Best Country Song for “I Bet You Think About Me,” and Best Song Written for Visual Media for “Carolina” from Where the Crawdads Sing.

Check out the full list of Grammy nominations now! 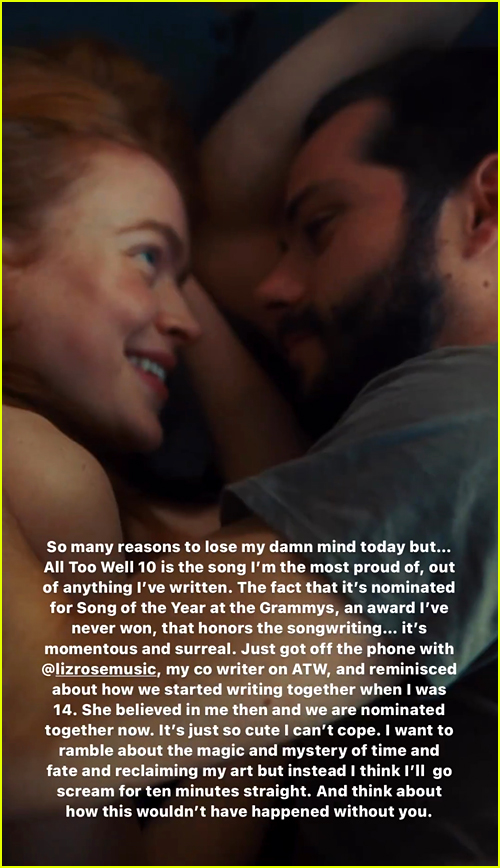