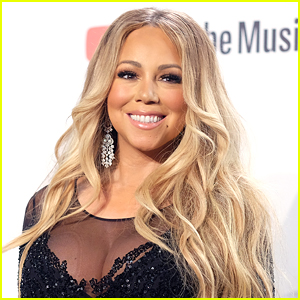 Mariah Carey is not the Queen of Christmas, after all – not officially, anyway.

If you didn’t know, the “All I Want for Christmas Is You” superstar filed an application with the U.S. Patent and Trademark Office to legally brand herself as the “Queen of Christmas,” which was quickly met with a legal battle.

Fellow singer Elizabeth Chan took issue with the trademark, and her attorney filed a declaration of opposition against the trademark claim. And now, there’s an official ruling.

Elizabeth Chan announced Tuesday (November 15) that the U.S. Trademark Trial and Appeal Board blocked Mariah Carey‘s attempt of owning the exclusive rights to the title, along with attempts to trademark “Princess Christmas” and “QOC.”

“Christmas is a season of giving, not the season of taking, and it is wrong for an individual to attempt to own and monopolize a nickname like Queen of Christmas for the purposes of abject materialism,” Elizabeth said in a statement.

“As an independent artist and small business owner, my life’s work is to bring people together for the holiday season, which is how I came to be called the Queen of Christmas. I wear that title as a badge of honor and with full knowledge that it will be — and should be — bestowed on others in the future.”

“My goal in taking on this fight was to stand up to trademark bullying not just to protect myself, but also to protect future Queens of Christmas,” she continued.

Darlene Love also took issue with the title earlier this year, which she’s claimed for herself as well.