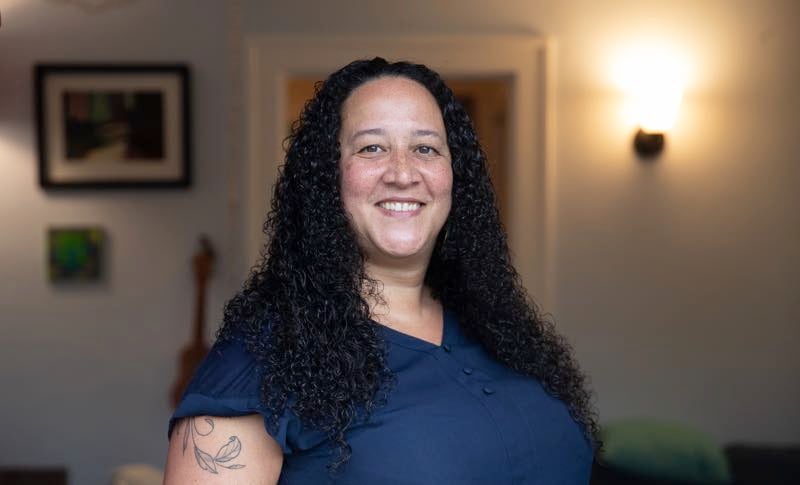 The Portland Tribune is a KOIN 6 News media partner.

PORTLAND, Ore. (PORTLAND TRIBUNE) -- Shannon Singleton, the interim director of the Portland-Multnomah County Joint Office of Homeless Services, is stepping down after holding the position for six months.

In a statement announcing her departure Thursday, Nov. 10, Singleton thanked joint office staff for their work. She added she is taking a position as director of community engagement for the Black-owned government affairs firm Espousal Strategies. She said her last day will be Nov. 25.

Singleton, who for years worked for homeless services organizations and in Gov. Kate Brown's office, ended her campaign for Multnomah County chair in March to become the joint office's interim director. She replaced Marc Jolin, who had led the agency since its creation in 2016.

The joint office's deputy director, Joshua Bates, will become the next interim director of the department, county chair Deborah Kafoury said Thursday in a statement to joint office staff.

Singleton won't receive a severance package because she is leaving on her own accord, said Denis Theriault, spokesperson for the joint office.

The leadership change comes as government officials face mounting pressure to make progress on homelessness amid a sharp spike in the number of unhoused people in the Portland area. The increase was spurred on by the pandemic, according to a recently released report detailing the full results of the county's point-in-time count of homelessness conducted earlier this year.

Additionally, Singleton came into the role at a time of substantial change. The joint office's $255 million 2023 budget includes a $107 million infusion from Metro's Supportive Housing Services measure. The joint office has also transitioned into a full department this year, which, among other changes, means future joint office budgets will be created with input from a community budget advisory committee.

Singleton's announcement came two days after an election for county chair in which homelessness was a focal point of debate between candidates and current county commissioners Jessica Vega Pederson and Sharon Meieran. Vega Pederson won the race with 54% of the vote, according to unofficial election results as of Thursday.

Wheeler: Important to ‘act at scale’ on homeless camps

Singleton's transition away from the department was well underway before the election, however, Theriault said.

Another department head, Jamie Waltz, who has led the Multnomah County Department of Community Services since 2020, also announced she was stepping down Thursday. Waltz will leave the department, which oversees divisions including elections, animal services and transportation, in December.

In her message, Singleton said joint office staff are some of the smartest, most dedicated people she has worked with. She highlighted the department's work to increase sheltering and housing placements, improve data tracking and develop new programs.

"I was asked to come into JOHS in an interim capacity to help develop the systems and structures the department needs due to our growth in both budget and staffing," Singleton said. "While there is still work to do to solidify the policies, procedures, and processes that we have implemented together, it is time for me to move on to my next opportunity."

Kafoury praised Singleton's leadership and the work of the joint office under her, telling staff the department does "some of the most visible and scrutinized public work in the history of our community."

When Singleton informed Kafoury she wasn't planning on pursuing the permanent job of joint office director, Kafoury wasn't surprised "someone else would snap her up and put her skills and passion to use on other issues," she said.

County officials said they would launch a national search for a permanent department director when Singleton was appointed. That search officially launched Thursday with the posting of the formal job listing by the county's recruiting firm Karras Consulting, Kafoury said.

More changes for the joint office are likely coming. Portland and Multnomah County officials are expected to further revise the intergovernmental agreement governing the joint office soon. Both jurisdictions that fund the county-housed department signed off on a one-year extension to the current agreement this summer.

But there has long been tension between the two governments about the joint office's priorities, particularly related to sheltering and camping. The Portland City Council recently banned unsanctioned camping by homeless people as part of a plan to, among other goals, create several large sanctioned camps. The plan will require county financial support to be fully implemented.

The WEF’s War On Your Words And Your Wheels – OpEd