The 23-year-old was sold by the Dutch club in the summer for a fee in the region of £21m and joined Leeds.

Before picking up a foot injury late in October, Sinisterra managed to open his goalscoring account for Leeds and has three strikes to his name so far. 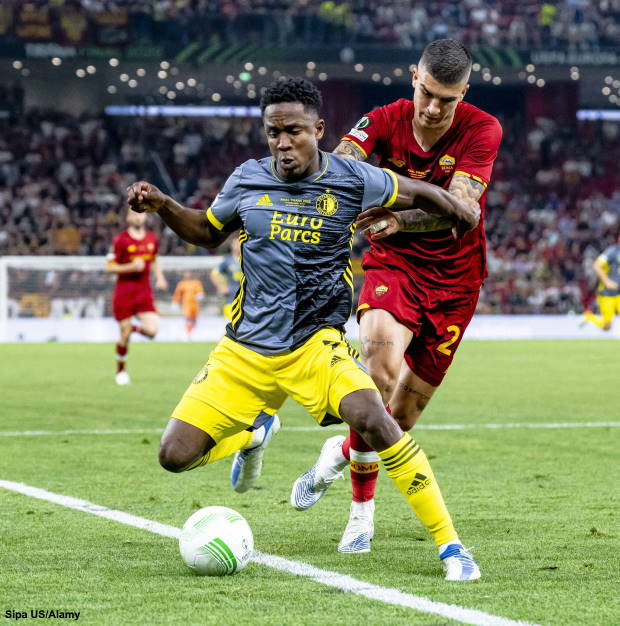 Feyenoord are feeling Sinisterra’s absence and Slot is still ruing the fact that he has not got a Sinisterra-type player at his disposal, one who can score goals out of nowhere.

“Against Cambuur we won the match by a goal by left-back [Quilindschy] Hartman”, Slot told Dutch daily the Algemeen Dagblad.

“Against Excelsior we scored five goals, but four goals from the midfielders [Orkun] Kokcu and [Sebastian] Szymanski.”

“I may have talked too often about players like [Steven] Berghuis [who left for Ajax last summer] and Sinisterra, but we don’t have guys who can score goals out of nowhere.”

Sinisterra was at Feyenoord for four seasons and had managed to turn himself into a goal threat.

Before leaving the club, he managed to feature in 113 games making as many as 64 goal contributions.

Today24.pro
Man repeatedly punched Columbia protester, knocking her out: NYPD The Darkest Secret and Tragedy of Edwin Valero Five ways struggling families can get free cash to help pay for food this Christmas ‘People need to stop getting mad at non tippers and start getting mad at the apps’: Lyft driver paid $50 for ride that cost $242