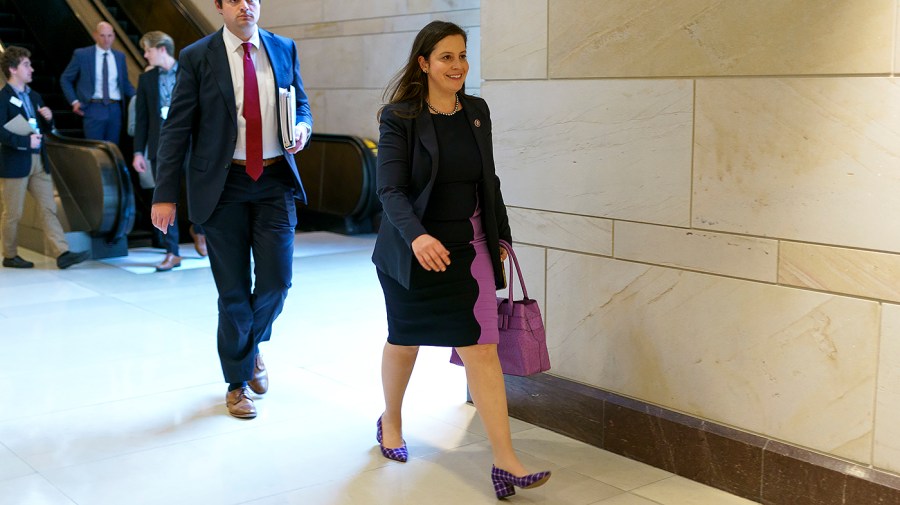 House Republicans have elected Rep. Elise Stefanik (R-N.Y.) to another term as conference chair during a closed-door, secret-ballot election on Tuesday.

Stefanik defeated a challenge from freshman Rep. Byron Donalds (R-Fla.), one of two Black Republicans currently serving in the House, in a 144-74.

The chair position would be the fourth-ranking post in the conference in a GOP majority. Stefanik was elevated to the role of conference chair last year after the group voted to remove Rep. Liz Cheney (R-Wyo.) from the role as a rebuke for her criticism of former President Trump.

The race for conference chair was in a way a microcosm of the divide within the Republican Party on whether or not former President Trump should remain a prominent figure in the GOP. Stefanik, a close proponent of the former president, endorsed Trump ahead of his likely 2024 campaign announcement, while Donalds has not.

Donalds on Monday denied claims that he had told colleagues he preferred Florida Gov. Ron DeSantis (R) over Trump for 2024, asserting “I respect both men because I think the next president is coming from Florida.”

The conference elected Rep. Steve Scalise (R-La.) as majority leader by voice vote. Scalise had been serving as minority whip. Minority Leader Kevin McCarthy (R-Calif.) was elected Speaker-designate. A vote on the House floor will eventually determine the Speakership.

Rep. Richard Hudson (R-N.C.), who currently serves as conference secretary, was easily elected chair of the National Republican Congressional Committee by acclimation on Tuesday after his only competitor, Rep. Darin LaHood (R-Ill.), dropped out of the race on Monday.