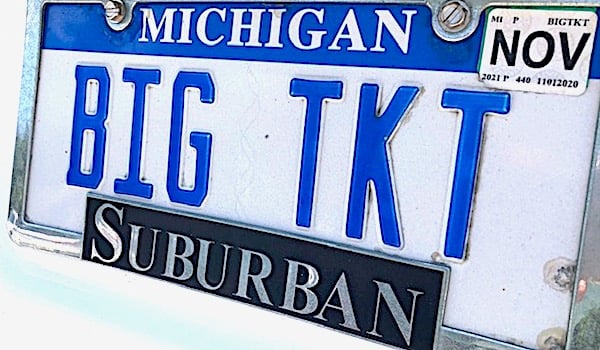 Joe Biden's economy is creating such a disaster for Americans that even Jeff Bezos, who is worth a hundred billion dollars or so, is warning consumers about not making big purchases.

The government confirmed on Tuesday that that the producer price index rose 0.2% in October, and was 8% over the year in October compared to September's 8.4%.

But CNBC gaslighted readers on the subject, claiming that since the new inflation was "less than expected," it was because "inflation eases."

The report noted the PPI is the prices companies get for finished goods in the marketplace.

The report said," The index is generally considered a good leading indicator for inflation as it gauges pipeline prices that eventually work their way into the marketplace. PPI differs from the more widely followed consumer price index as the former measures the prices that producers receive at the wholesale level while CPI reflects what consumers actually pay."

CNN had reported on Bezos' warning.

Consumers – and businesses – "should consider postponing large purchases in the coming months as the global economy contends with a downturn and faces a possible recession," the report said he warned.

"Bezos urged people to put off expenditures for big-ticket items such as new cars, televisions and appliances, noting that delaying big purchases is the surest way to keep some 'dry powder' in the event of a prolonged economic downturn. Meanwhile, small businesses may want to avoid making large capital expenditures or acquisitions during this uncertain time, Bezos added."

He should know. The New York Times reported this week that his company, Amazon, plans to slash its workforce soon, laying off 10,000 workers just as the nation moves into what normally is a prosperous time of year for businesses – the Christmas season.

Amazon already has warned its sales for the final three months of the year to be way below Wall Street expectations.

The company’s stock already is down 40% on surging prices and changing customer behavior.

"Take some risk off the table. Just a little bit of risk reduction could make the difference," he said.

A report in Axios noted the steep decline in the tech industry.

The report suggested Big Tech layoffs during this month could reach more than 32,000.