MARTINE McCutcheon has opened up about her heartache and struggle after losing her brother.

The  actress, 46, broke the sad news that her brother LJ – Laurence John – passed away with “no medical explanation” at the age of 31 last month.

Martine McCutcheon has opened up about her difficult time[/caption]

Martine revealed she has found it “hard as hell” as she opened up about her daily struggles.

In a touching post, the former EastEnders star wrote: “Life isn’t all optimism and love of life generally! Let’s face it, life can be complicated, sad, fragile and can be a rollercoaster ride.

“Grief isn’t pretty. It hurts like hell and makes you question so many things you felt certain of. Just getting up to do normal things can be so tough. Some days I manage, some days I don’t.” 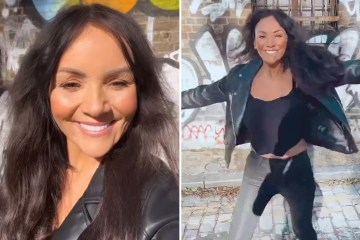 Martine McCutcheon looks slimmer than ever in skintight leather trousers 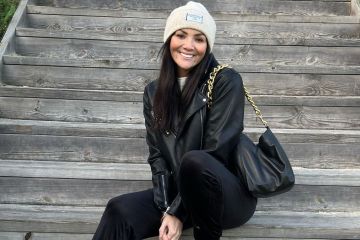 Martine McCutcheon opens up on EastEnders 'return' despite Tiffany death

“Be proud of the small wins too. For various reasons, today was especially tough, but It was wonderful to see some old friends for some much needed hugs, some honest conversation and a glass of bubbles.”

Martine was due to be the bridesmaid at her younger brother’s wedding before his sudden death.

At the time she told fans: “I’m scared to live without you LJ but I know you will want us to truly live, laugh and love in your memory. I will try I promise”.

Martine also opened up about her brother’s battle with his “special needs” and his determination to lead a “normal life”.

When a coworker swings by to chat, you’ve been 'desk-bombed' – but some people hate the distraction

Pub hits out at angry customer after scathing review blasting ‘dry’ roast dinner – but where they in the right?

Today24.pro
Man repeatedly punched Columbia protester, knocking her out: NYPD Five ways struggling families can get free cash to help pay for food this Christmas ‘People need to stop getting mad at non tippers and start getting mad at the apps’: Lyft driver paid $50 for ride that cost $242 Best Android app 2022 – Google reveals top pick for the year and it’s totally free