SHE has already conquered the world of pop – but now Little Mix singer Perrie Edwards has set her sights on becoming a property tycoon.

The savvy celeb, 29, who already has her own clothing brand called Disora, launched Paxel Properties, which is named after her one-year-old son Axel.

Insiders believe hard-working Perrie’s side hustle could make her millions if she successfully “flips” properties – where you buy a property and sell it on quickly for a profit.

But Perrie is not the first star to turn their hand to real estate.

Here, Yasmin Harisha reveals the other famous faces who are making a mint from the housing market. 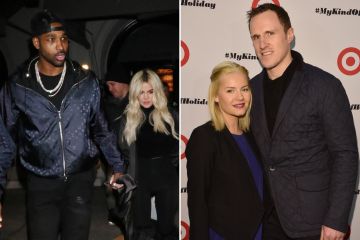 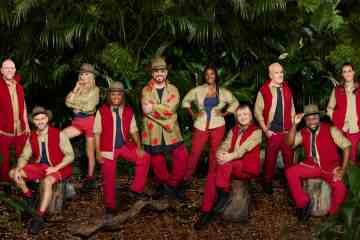 FOOTBALLER turned property tycoon Gary this year struck a deal to build a £250million hotel, flats and an office complex in Manchester.

Initial works are expected to start in January.

Gary, 47, has said about his property goals: “They are not all huge projects, but projects that excite me.”

In 2010, the pundit and ex-Man Utd and England defender put his country estate near Bolton up for sale for £6million.

He bought it in 2005 and spent millions transforming it from a farm building into a modern residential estate nicknamed Neville Neville Land.

In 2017 he abandoned plans to build a controversial £8million eco-house likened to the Teletubbies’ home.

His hotel business has £20million in assets, while a property development company he set up has assets of £10.5million.

Andrew says: “Gary is taking a risk with the tower scheme and hotel, but high risk can come with high reward.

“He may see good profits in the future. The Teletubbies-style eco-house was undoubtedly a poor investment.

SINCE leaving The Only Way Is Essex in 2011, 35-year-old Mark has developed a booming property portfolio.

As well as presenting his Heart FM Saturday radio show, he is also the owner of Chigwell Properties Ltd, which has current net assets of £522,000.

Mark and his actress wife Michelle Keegan, who once starred in Coronation Street, recently moved into their newly built £3.5million mansion in Essex, under construction.

Mark said: “We’ve finally got our house. It was so nice to see it coming together.”

He also turned a seven-bedroom property he bought three years ago in Essex for almost £2million into four three-storey terraced houses.

There is talk of future property investment in LA, too.

Andrew says: “Providing the building costs are kept in check and Mark didn’t overdo the spec and finishing, this could yield some good returns.

“Finishing is where the costs rack up and they are not easily recovered on resale.

“As the market begins to slow down, selling hugely expensive properties becomes harder.”

THE DJ and current I’m A Celebrity campmate is also involved in the property business – with impressive results.

Chris, 48, gets a steady income from renting properties out to other stars, including singer-songwriter Tom Grennan.

He said: “It’s a very easy business relationship we have, to the point where we saw each other on the street and he asked if it was OK if his dog was there for a week.

Chris channels his earnings into a single private company called Verona Creative, which has assets of £1.7million including an investment property in Leeds, which was bought in 2021.

The Radio X presenter and former Radio 1 host bought his garden flat in Hampstead, North London, in 1999 and recent sales there suggest it is now worth more than £1million.

Andrew says: “With four universities all situated in Leeds, there is always high demand for rental in the city.

“Chris’s property could be converted into student accommodation and generate a high yield. It’s a savvy investment.”

MUM-of-two Lucy revealed she bought her fifth property this year.

The former Towie cast member, 31, who is engaged to ex-Coronation Street actor Ryan Thomas, has more than £1.5million tied up in two houses up north, plus three more properties in Essex.

Despite spending £100,000 on renovating two rental flats and a three-bedroom house in Brentwood, the star has revealed she saves 50 per cent of her income. Ker-ching!

She said: “I enjoy the odd shopping spree, meal and holiday but other than that, I put everything back into my businesses and save money for my new property.

“If I can build a bigger rental property portfolio, then I will.”

“This is a savvy investment, and she is doing right by renting them out as well.

“This gives you a solid and trusted monthly income.”

FROM top model on the catwalk to big earner on the property ladder, Cara has been investing her millions in lavish London properties.

Along with her sisters Poppy and Chloe, she is a director of her father’s property empire, Harvey White Properties Ltd.

Cara, 30, who has also had acting roles in films including Suicide Squad, has invested in six properties in Fulham Road, Chelsea, where the average house costs upwards of £850k, along with 11 more on Old Brompton Road in Kensington, where houses cost around £1million.

The company’s net assets currently stand at £1.9million, with shareholder funds at £34.5million.

Andrew says: “Unless purchased on the cheap, there is limited opportunity for capital growth over the short-term.

“Historically however, house prices in the capital hold their value well, due to demand from high-net-worth individuals.”

TOWIE original and former I’m A Celebrity contestant Amy might be best known for introducing the vajazzle to the nation.

But she has also launched a string of businesses, including property ventures.

She is currently a director of Amy Childs Enterprises and Amy Property Company.

Amy, 32, who is expecting twins, has been a canny investor, ploughing her cash into five properties in Essex, renting three of them out.

Last year she revealed she built a house in her mum’s garden.

She said: “Mum lives in the house in the garden, while I’ve just moved into Mum’s house.

“I’m just testing the water and I love it here.

“Mum’s here and I have got an extension going on in my other house.

“Every couple of years I invest in property.”

Andrew says: “Essex is a great commuter county with fantastic transport and road links into London, making it an ideal rental area.

“However, managing multiple properties can be tough.

“If you have the budget, it’s wise to work with a great team to help the process.”

FORMER Made In Chelsea cast member Toff has gone from being crowned Queen of the Jungle to queen of real estate.

The 28-year-old reality star, who was the winner of I’m A Celebrity in 2017 and appeared on Celebrity Hunted, has invested in two luxury apartments in holiday hotspot Torquay, Devon, with her mother Nicola.

The properties, which are named Tofino and Terrazza Giorgia, are listed as costing between £375 and £705 per week to rent.

Andrew says: “This is more of a risky investment in terms of capital growth.

“Holiday locations are high yielding, with more landlords opting to list their properties on sites such as Airbnb.

“However, the opportunity is highly seasonal, meaning returns may come in peaks and troughs.”

THE chart regular and Voice UK coach is worth more than £5million – and part of her cash comes from property investments.

The singer-songwriter has a portfolio of companies, and not just in music.

The 31-year-old’s main company Am Biznus had assets of £3.1million last year.

She also paid £336,000 in corporation tax, which suggests she made about £1.7million last year.

The Birthday hitmaker’s real estate firm Miss AM Properties’ first year in business showed it had assets worth around £600,000.

A source told The Sun: “Anne-Marie is a savvy woman and is being really sensible with her money.”

Andrew says: “It seems Anne-Marie is on track. My advice to her is don’t buy an odd-ball property, try to buy a bog-standard one so that it appeals to a broad spectrum of buyers.

“It needs to be easy to sell, just in case your situation changes and you need to sell it quickly.

“Do your homework before buying. Get a full property survey, ask a general builder to inspect as well – you don’t want to uncover any costly surprises.”

How 'Outsider' Bollettieri Changed The Game

Giuliani takes the stand in hearing over his DC law license

Today24.pro
In the age of megachurches, communion has become a big business The Darkest Secret and Tragedy of Edwin Valero Man repeatedly punched Columbia protester, knocking her out: NYPD Best Android app 2022 – Google reveals top pick for the year and it’s totally free