A GIRL born in the Philippines yesterday has officially taken the world’s population to eight billion.

Vinice Mabansag was chosen by the United Nations to mark the symbolic milestone.

Vinice was born at the Dr Jose Fabella Memorial ­Hospital in Tondo, Manila[/caption]

It comes just 11 years since the Earth reached seven billion.

Vinice was born at the Dr Jose Fabella Memorial ­Hospital in Tondo, Manila, at 1.29am.

“The mother went into labour at 11pm. 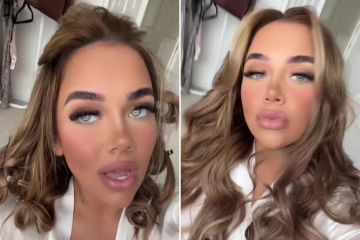 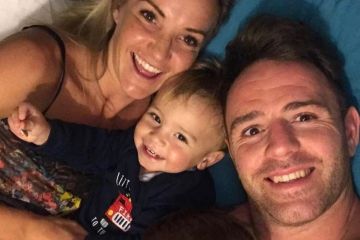 “It was a normal, spontaneous delivery.”

The UN said: “This unprecedented growth is due to the gradual increase in human lifespan owing to improvements in public health, nutrition, personal hygiene and medicine.

“It is also the result of high and persistent levels of fertility in some countries.”

However, it added it looked as if “the overall growth rate of the global population is slowing”.

After a big surge in the middle of the 20th century, the easing of population growth means it will take another 15 years to hit nine billion people.

The UN said it did not expect to reach ten billion until 2080.

The population is then expected to peak at around 10.4 billion.

More than half the population growth until 2050 is expected to take place in the Democratic Republic of the Congo, Egypt, Ethiopia, India, Nigeria, Pakistan, the Philippines and Tanzania.

The majority of the world’s current population lives in Asia.

And next year India is projected to overtake China as the most populous country — probably peaking around 2064 with 1.7 billion people.

Pressure grows on rail unions as No.10 claims wage deal is ‘generous’

Today24.pro
Why the power grid is an 'attractive target' for domestic terrorists: report Hans Niemann in the sole lead at the 3rd El Llobregat Open In the age of megachurches, communion has become a big business Anthony Joshua returns to America in search of new coach ahead of boxing return and links up with trainer Virgil Hunter